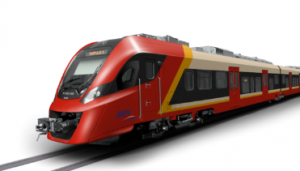 Poland will receive a EUR 46 million funding approved by the European Commission from the Cohesion Fund for the acquisition of electric multiple units and the modernisation of a depot station in Warsaw. The aim is to improve public transport in Warsaw as well as to increase in-house maintenance capabilities and efficiency of the transport provider.

“This cohesion policy’s major investment is totally in line with the EU’s top priorities aiming to offer citizens a cleaner transport and raise territorial socio-economic development and cohesion,” the Commissioner for Cohesion and Reforms, Elisa Ferreira, said.

The European funding will support the procurement of 21 electric multiple units under a contract signed between SKM, the Warsaw rail operator, and Newag in April 2020.

SKM announced the winner of the tender in March 2020.

The contract involves the supply of Impuls 2 EMUs and inspection and repair services for 7 years. PLN 668 million (EUR 149.45 million) is the total value of the contract that has also received a PLN 202.6 million (EUR 45.3 million) European financing from the OP Infrastructure and Environment 2014–2020.

The trains are expected to provide rail passenger transport services by the end of 2022. They will operate on the modernised tracks as well as on the Warsaw Railway Junction scheduled to be completely modernised. The contract for the feasibility study was signed in September 2020.

The new trains will complement the modernised railway lines and make it easier for people living and working in the city to get around in Warsaw. Public transport will get less crowded, more comfortable and modern. This will encourage people not to use cars, which will reduce noise, pollution and traffic accidents.