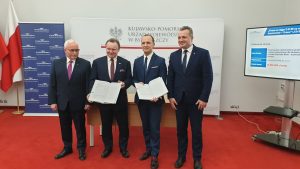 PKP Polish Railway Lines and Voessing Polska signed a contract for project documentation to modernise 110-km section between Złotniki Kujawskie and Twarda Góra, connecting Bydgoszcz, Tri-City and Inowrocław. The section is part of the No. 131 mainline, connecting Silesia and Pomerania. EUR 6.7 million (PLN 28.9 million) is the value of the contract.

The documentation covers the 110-km on the Złotniki Kujawskie – Twarda Góra section as well as 32 km of route No. 201 (the Nowa Wieś Wielka – Bydgoszcz section), 7 km on Terespol Pomorski – Świecie section (line No. 240) and 18 km of other tracks on the main route.

Under the modernisation project, two additional tracks will be constructed separating passenger and freight transport services which will increase infrastrcture capacity.

11 stations will be reconstructed, the platforms will be redesigned to increase passenger access and new sheds and benches will be installed.

A local control centre at Bydgoszcz stations will be created, equipped with modern systems and equipment. 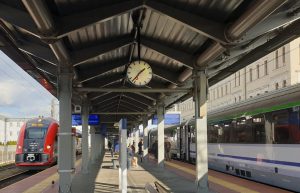 The contractor will also prepare a two-variant concept of the reconstruction of two stations (Nowa Wieś Wielka and Terespol Pomorski), taking into account the achievement of train speeds of 160-200 km/h. The variant with a speed of 200 km/h envisages electrification and revitalisation works of route No. 240 on the section from Terespol Pomorskie to Świecie.

The section of the route No. 131, covered by the documentation, is part of the C-E 65 maineline, belonging to the VI Corridor, connecting the Baltic States with the countries located on the Adriatic Sea and the Balkans.