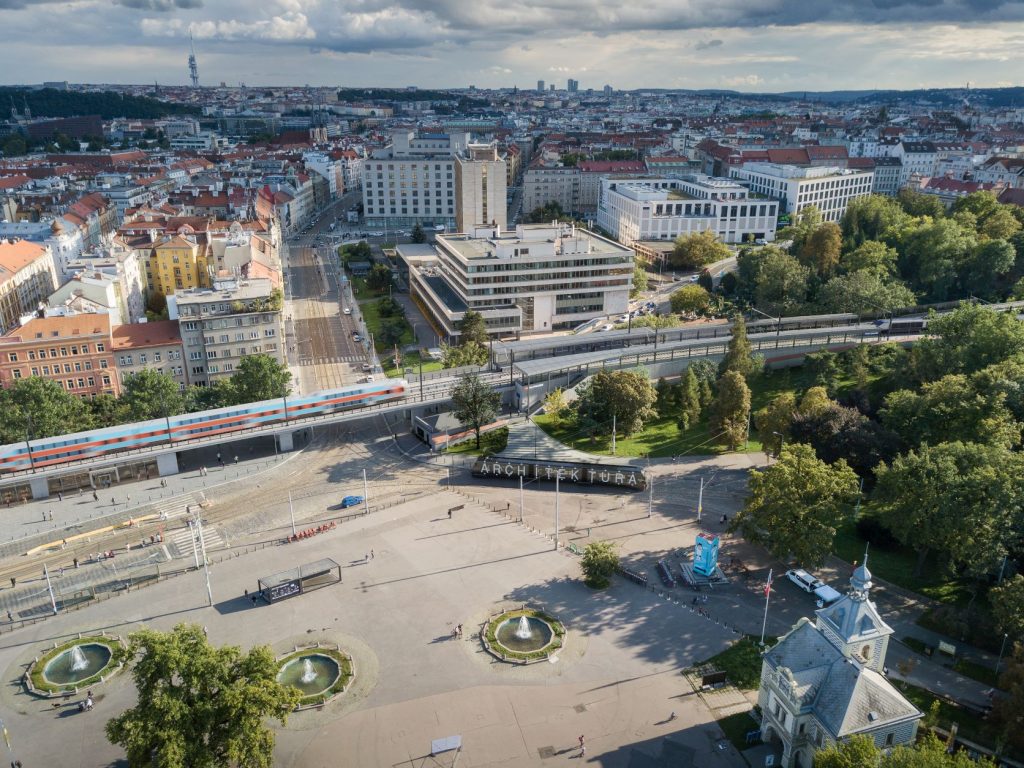 Správa železnic and the consortium of Metrostav TBR, OHLA ŽS and Elektrizace železnic Praha signed a contract for the modernisation of another Prague – Kladno rail section, between Praha-Bubny and Výstaviště.

The tendered price amounts to CZK 3.8 billion (EUR 158.8 million) excluding VAT. The main objective of the project is the modernisation of the existing station Praha-Bubny, track doubling and electrification works on a 1.3 km section and the construction of Praha-Výstaviště new stop.

“By signing the contract we are practically starting the modernisation of this year’s second section of the future fast, modern and reliable railway line between Prague and Kladno. In the case of the construction between Praha-Bubny and the new stop Praha-Výstaviště, it is not only the reconstruction of the line, but the beginning of the transformation of the entire Holešovice district. The new station in Bubny will be a connecting element of the area previously divided by the railway,” Jiří Svoboda, the Director General of Správa železnic said.

A key part of the construction will be the reconstruction of the station Praha-Bubny, which will be moved to a new location just behind the Negrelli viaduct and will offer a direct transfer to metro line C. The architectural design of the station with three platforms and four railway track was developed by Jakub Cigler Architekti studio.

The shape of the station will change over time. In the first phase, when it will be the only building in the area, a grassy resting area will be built on its roof to provide people with a view over the city and the changing Holešovice. In the next stage of the works, together with the construction of a new quarter, an office building will be built above the station. In the station vestibules there will then be a number of commercial spaces that will serve both passengers and residents of the future new district Bubny-Zátory.

The modernised line to the new stop Praha-Výstaviště will mostly lead along the flyover, thanks to which Holešovice will form one functional area. At the same time, the level crossing in Bubenská Street will be removed and the bridge structure in Dukelských hrdinů Street will be raised, where in the past the low height profile repeatedly caused the tram overhead contact line to be torn down by trucks. The stop Praha-Výstaviště designed by studio dh architekti will be built on the edge of the park Stromovka. The new footbridge over the railway line will also improve the connection between Stromovka and Letná.

To avoid traffic disruption in the direction of Kralupy nad Vltavou, a temporary track will be built. The main construction components of the project cover three bridge flyovers and a new station building in Bubny which will start to be built in May. Completion of the construction work is planned for 2025.

The project “Modernisation of the line Praha-Bubny – Praha-Výstaviště is co-financed by EU under the Connecting Europe Facility (CEF) programme. CZK 2.96 billion (EUR 123.7 million) is the value of the eligible costs out of which the EU covered 85% providing EUR 101.3 million. The national funding will be provided through the State Fund for Transport Infrastructure.

This latest contract signed for the Prague – Kladno rail section is preceded by double-tracking and electrification works between Kladno and Kladno-Ostrovec which were launched in 2022.

This year, SZ is expecting to launch tenders for the construction of Praha-Ruzyně – Kladno and for the modernisation of Praha Masarykovo nádraží (Prague Masaryk railway station).

The line will be connected to the Prague-Václav Havel Airport through the new Praha-Ruzyně – Praha-Letiště Václava Havla line which will enter construction phase in 2024 and is expected to be completed in 2029. A new transfer terminal Dlouhá Míle with a P+R capacity car park will be built within this project. Construction will start in 2024 and will be completed in 5 years. It will be an underground station and will take passengers directly to both airport terminals. In 2026, work should start on the creation of the circular loop line of the railway connection to Prague Airport. The railway link from the airport towards Jeneč will enable its direct connection to Kladno.

All these subprojects are part of the modernisation project of the rail connection between Prague centre and Kladno, the largest city in the Central Bohemia Region. Under the project, the line  will become a double track and electrified line, with new signalling systems as well as new platforms, pedestrian underpasses and other facilities. Kladno station will undergo complete remodelling.

The completion of all stages of the project is expected in 2029.