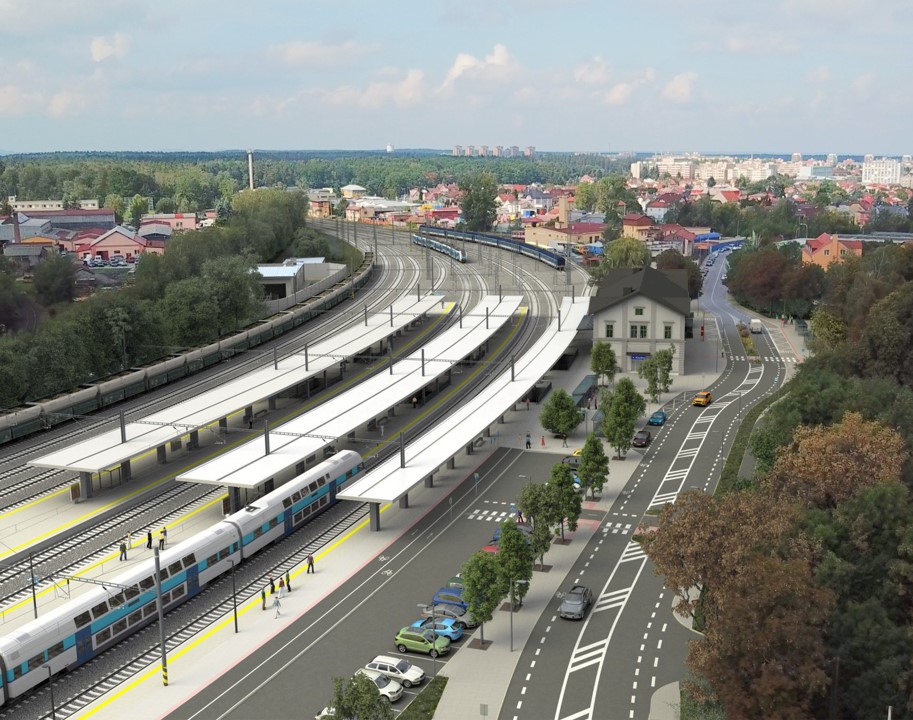 The project covers the reconstruction 15 km of line and construction of a second track along the line between Praha-Ruzyně and Kladno stations. The project also includes electrification work as well as the installation of the ETCS. In addition, the existing level crossings will be removed by constructing new facilities to provide increased road and rail traffic safety.

The Hostivice station will undergo a complete reconstruction, which will have two island platforms and two underground ones. The Jeneč station will have fully barrier-free accessible platforms due to underpass construction while the existing Unhošť station will be removed and replaced by the Malé Přítočno stop which will ne constructed on the new tracks. These three stations will be designed as park and ride facilities with 461 parking places to be constructed at Hostivice station, 256 at Jeneč station and 384 places in Malé Přítočn. The Hostivice-Jeneček and Pletený Újezd stops will also be built, which will significantly increase the accessibility of rail transport to the residents of nearby locations.The Pavlov stop will undergo complete reconstruction.

In addition, SŽ announced earlier that it has received a building permit for the modernisation of Kladno – Kladno-Ostrovec line section and at the same time, a selection process for construction contractors is underway. The entire section will be double-tracked and electrified and the track and dispatch building at Kladno station will undergo complete reconstruction.

Kladno station will have six tracks to accomodate passenger traffic with three non-level platforms. Two island platforms and one outer platform with a length of 200 to 230 meters will be built here. The height of the boarding edge will be 550 mm above the level of the tracks. Non-level access to the platform will be provided by an underpass. Its accessibility will be ensured by a combination of stairs, lifts and escalators. The underpass will be extended under the pre-station in the direction of the Kročehlav housing estate, a transfer to city buses will be provided in front of the dispatch building, and a P+R parking lot for approximately 270 cars will be designated for commuters.

There will also be a new interchange for city transport at the Kladno město stop. The construction is expected to begin at the end of this year. The modernisation of this section is part of the Prague airport rail project on the Prague – Kladno connection.

When completed, the Prague airport rail link project will allow trains to run at 140 km/h and will provide full access at train stations and stops which will also provide up to 1,100 new parking spaces. Due to the construction of additional branches, trains are allowed to cross from one track to another without putting pressure on traffic as increased capacity is provided.