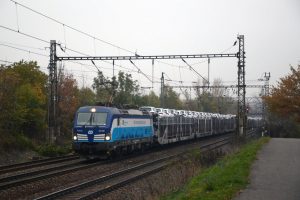 ČD Cargo has completed the establishment of its subsidiary CD Cargo Adria whose main goal is to obtain all the necessary documents for the operation of rail freight transport in Croatia within a year at the latest.

The move is part of company’s four–pillar long–term strategy to expand on foreign rail markets.

Croatia offers a great potential for rail freight transport services by offering rail access to the Port of Rijeka and Port of Ploče, the second largest cargo seaport in Croatia. Through CD Cargo Adria, the Czech national freight operator will be able to provide connectivity throughout the Balkans region.

The Balkans is an area where the rail operator sees increased potential for further expansion. CD Cargo does not exclude to enter on Slovenia and Serbia rail freight market in the future, Tomáš Tóth, Chairman of the Board of Directors of ČD Cargo, explains.

Within the last two year, ČD Cargo has strengthened its strategy towards foreign markets and currently owns a licence, directly or through subsidiaries, for operation in six European countries. “For example, we have dispatched already the thousandth train since the beginning of the year under our own licence in Germany. The basic goal is to provide international transport on behalf of ČD Cargo and to reach a situation where up to a fifth of the company’s revenue will be collected from foreign transport,” Tomáš Tóth said.

In 2020, the German Rail Authority, EBA, granted ČD Cargo the approval to enter German market providing transport services to Ingolstadt initially. The routes will be further expanded. The operator has transported a block train from Břeclav carrying 1,200 tonnes of wood. The train travelled 600 km crossing Austria and Germany, arriving at the destination within 12 hours.

Last year, the operator started the trial operation with the first two of 50 Traxx MS3 locomotives which will be used for freight transport services Slovakia, Germany, Austria, Poland and Hungary, including Slovenia and Croatia, following operation approval.