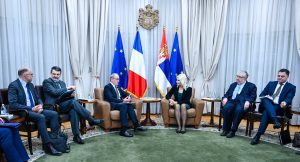 Under a donation agreement between Serbia and France, the planning of Belgrade metro project is carried out, Serbia’s Minister of Transport, Zorana Mihajlovic, announced during a meeting with the French Ambassador to Serbia, Jean-Louis Falconi.

The cooperation between the two countries is strongly based on the Declaration of Intent signed in 2019 by the French Government and the City of Belgrade for the construction of capital’s first metro line. For the project, Serbia announced its plans to borrow EUR 580 million, of which EUR 80 million from France, while EUR 500 million will be come from IFIs.

Under the Serbia 2025 strategy, the government announced a EUR 1.7 billion funding for the construction of the metro line which provide the connection from Makis, capital’s south-western area, to Mirijevo, located 11 km east of downtown Belgrade. 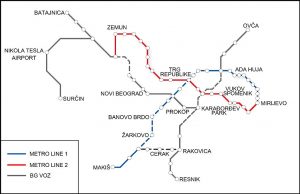 A pre-feasibility study elaborated by Egis shows that the metro system of Belgrade would initially be created by two lines estimated at EUR 4 billion, with a EUR 1.8 billion investment for the first one, while EUR 2.2 billion would be the needed costs for the second line.