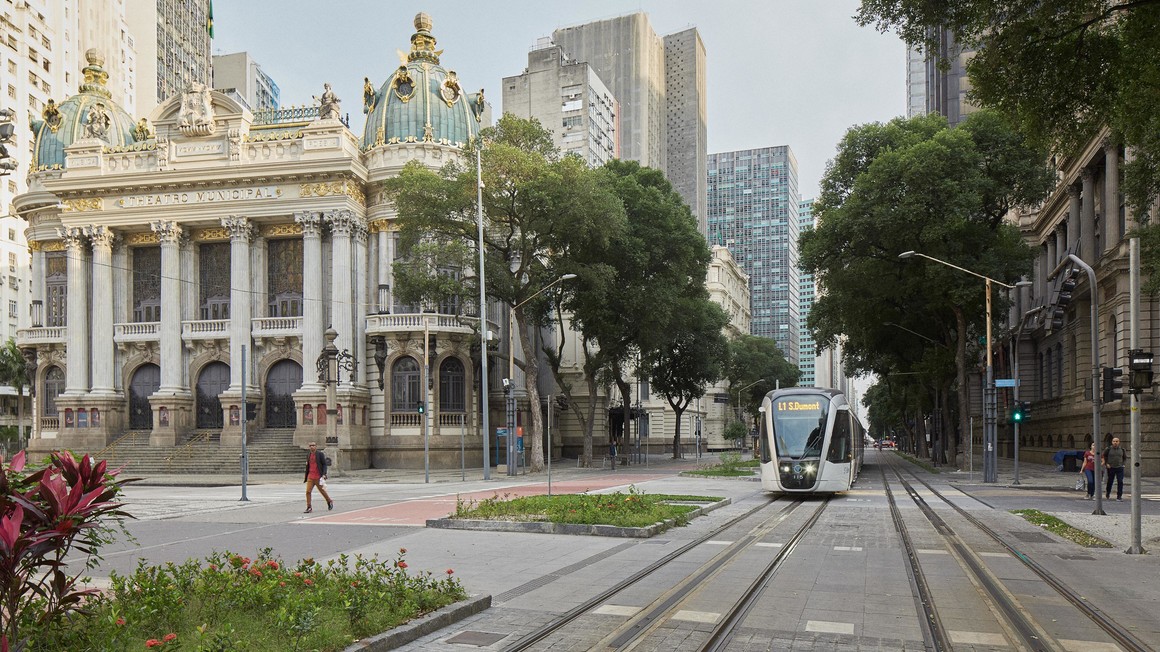 Alstom signed a contract for the expansion of Rio de Janeiro LRT system (VLT tram system) covering the construction of a 700-metre double-track which will offer an integrated terminal connection to a new Bus Rapid Transit (BRT) system and interconnection with the bus station in the city.

The contract also includes the supply of a terminal station (Terminal Gentileza) with four platforms, in addition to the supply of the APS system for the entire 1.4 km stretch, a rectifier substation and adaptation of an existing one and supply for all the signalling along the stretch.

The expansion of VRT system should allow an increase of approximately 40% in the number of passengers, in addition to opening the way for future expansions of the system in the São Cristóvão region, a traditional neighborhood in the north of Rio de Janeiro.

With an intelligent mobility concept, the tram in Rio de Janeiro is powered by Alstom’s APS system that supplies electricity from the ground. It is a system composed of two shoes located at the bottom of the train, and when the vehicle passes through the place where Power Box equipment is installed (about 1,100) the corresponding APS rail segments are energised and the consequent power supply is released to the vehicle. There is also a set of supercapacitors that store and supply energy to the vehicle in places without energising rails or in case of a localised failure, up to the next power point, which eliminates the need for external wires and, consequently, enhances the architecture and city landscape.

“The tram allows the city to develop sustainable mobility, in addition to rethinking and modernising urban areas and preserving its architectural heritage,” Pierre Bercaire, General Director of Alstom Brasil said.

The announcement of the new contract takes place at the same time that the VLT in Rio de Janeiro completes six years of operation. Manufactured by Alstom in Taubaté (SP), the Citadis tram model for the Rio de Janeiro has already transported more than 88 million people in more than 1 million trips, in a total of 5.5 million km traveled downtown and the Porto Maravilha region, integrating with the city’s mobility with subway, suburban trains, buses, ships, ferries and Santos Dumont airport.

The light rail system, inaugurated in 2016 for Rio de Janeiro Olympics, is divided between three lines with 29 stops operated by a fleet of 32 trains with a capacity for 420 passengers each.