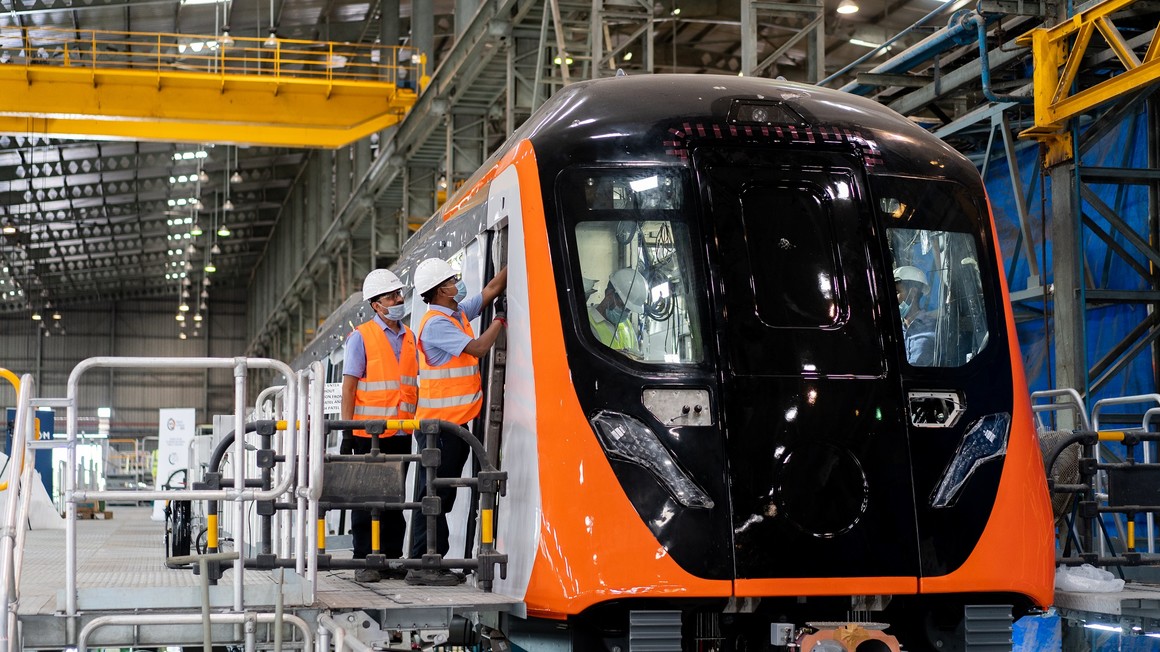 The order includes installation of latest generation of Communications Based Train Control (CBTC) signalling system as well as train control and telecommunication systems, each with seven years of comprehensive maintenance.

Alstom is responsible for the design, manufacture, supply, installation, test, and commissioning of 52 standard gauge Movia metro passenger trainsets of 3-car configuration each. 27 trainsets will be delivered for Bhopal and 25 trainsets for Indore all manufactured at Alstom’s state-of-the-art rolling stock manufacturing facility in Savli (Gujarat). Built with light but strong stainless steel car bodies, the air-conditioned cars are developed with a strong emphasis on eco-friendly design to eliminate hazardous substances providing a safer environment for passengers. The trains are powered with modern energy efficient propulsion systems with regenerative braking, making them a sustainable alternative to other modes of transport, thus reducing energy consumption

The new light-weight trains will operate at a top speed of 80 km/h.

Bhopal and Indore metro projects are part of India’s public transport development strategy and includes the construction of a total 62.5 km metro system served by 59 stations. In Bhopal, the metro network will be 31 km long with 30 stations, while Indore will have a length of 31.5 km with 29 stations.

This is the second such combined order in India for Alstom, after the Agra-Kanpur metro projects. In September 2021, Alstom delivered the first Movia trainset equipped with Flexx bogies and Mitrac propulsion which are operating the for Kanpur metro. At the end of December, the Prime Minister Narendra Modi inaugurated the metro line linking IIT Kanpur and Moti Jheel. The development of Kanpur metro is financially supported by the EIB which provided a EUR 650 million for the construction of two 32.4 km metro lines with 30 stations.