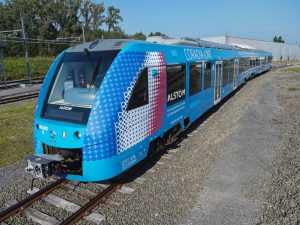 This agreement is aimed at optimising hydrogen systems, including improving the reliability and durability of fuel cells, increasing their power density and reducing the cost of such solutions.

“Alstom has made sustainable mobility one of the pillars of its strategic plan Alstom in Motion 2025. Our ambition is to accelerate the adoption of hydrogen in the rail industry and to develop innovative solutions in the context of the greening of heavy mobility, including regional trains, shunting locomotives and freight locomotives,” Jean-Baptiste Eyméoud, the President of Alstom France said,

Leveraging its extensive experience in fuel cell technology for automotive and aerospace applications, Liebherr, as a supplier of turbochargers to fuel cell system integrators, will play a major role in the process of reducing emissions from rail transport.

The collaboration between the two companies is an additional asset in the development of Alstom’s hydrogen business, which relies, among others, on Alstom’s site in Tarbes, a global Centre of Excellence for green traction systems, and on Alstom Hydrogène site in Aix-en-Provence, which covers the entire high-power fuel cell value chain and focuses mainly on the energy and transport markets, in France and internationally.

Following the acquisition last April of Helion Hydrogen Power, an innovation start-up specialising in high-powered fuel cells, based in Aix-en-Provence, Alstom has now chosen to collaborate with the Liebherr group, which has a strong presence in the South-West of France.

Alstom is steadily developing its hydrogen fuel cells system and its products. The company signed in October a MoU with Plastic Omnium for the development of high-end hydrogen storage systems for the rail sector. In November, Alstom agreed with Hynamics to optimise the hydrogen refuelling of passenger trains.