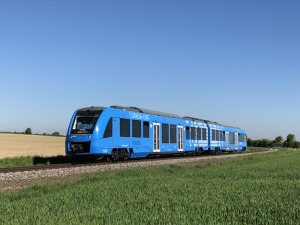 Alstom and Snam, an energy infrastructure company, signed a five-year agreement for hydrogen train development in Italy. At the beginning of 2021, hydrogen-powered trains and the related technological infrastructure, including management and maintenance services will be developed.

“This move is a further contribution to the decarbonisation of transport and to the development of hydrogen economy in Italy. Hydrogen produced from renewables will become competitive with fossil fuels in a few years and will play a key role in the energy transition, particularly in industry, heating and heavy transport. It will be a pillar of the European Green New Deal and post-Covid investments,” Marco Alverà, CEO of Snam said.

The conclusion of the first phase of dedicated feasibility studies is expected to be announced in Autumn followed by the development of hydrogen trains.

Under the agreement, Alstom will manufacture and maintain newly built or converted hydrogen trains, while Snam will develop the infrastructures for production, transport and refuelling. Snam is one of the first companies in the world that experimented a 10% hydrogen injection into the natural gas transport network.

Alstom is world’s first company that innovated the rolling stock through its involvement in the hydrogen train development and launching the first such vehicle.

“We believe in hydrogen. This is the reason why we have signed a partnership with Snam. We hope that Coradia ILint hydrogen trains will soon become a reality in Italy,” said Michele Viale, Managing Director of Alstom Italy and Switzerland.

Alstom has launched the Coradia iLint, the first fuel cell train in the world currently running in Germany on the Weser-Elbe network, in Lower Saxony.

In November 2019, Alstom, in partnership with ProRail, Arriva and Engie agreed to develop a pilot to test the Coradia iLint on the Netherlands network.

One year ago, Fahrzeugmanagement Region Frankfurt RheinMain (fahma) selected Alstom as the winner of the tender for the supply of 27 fuel cell trains.