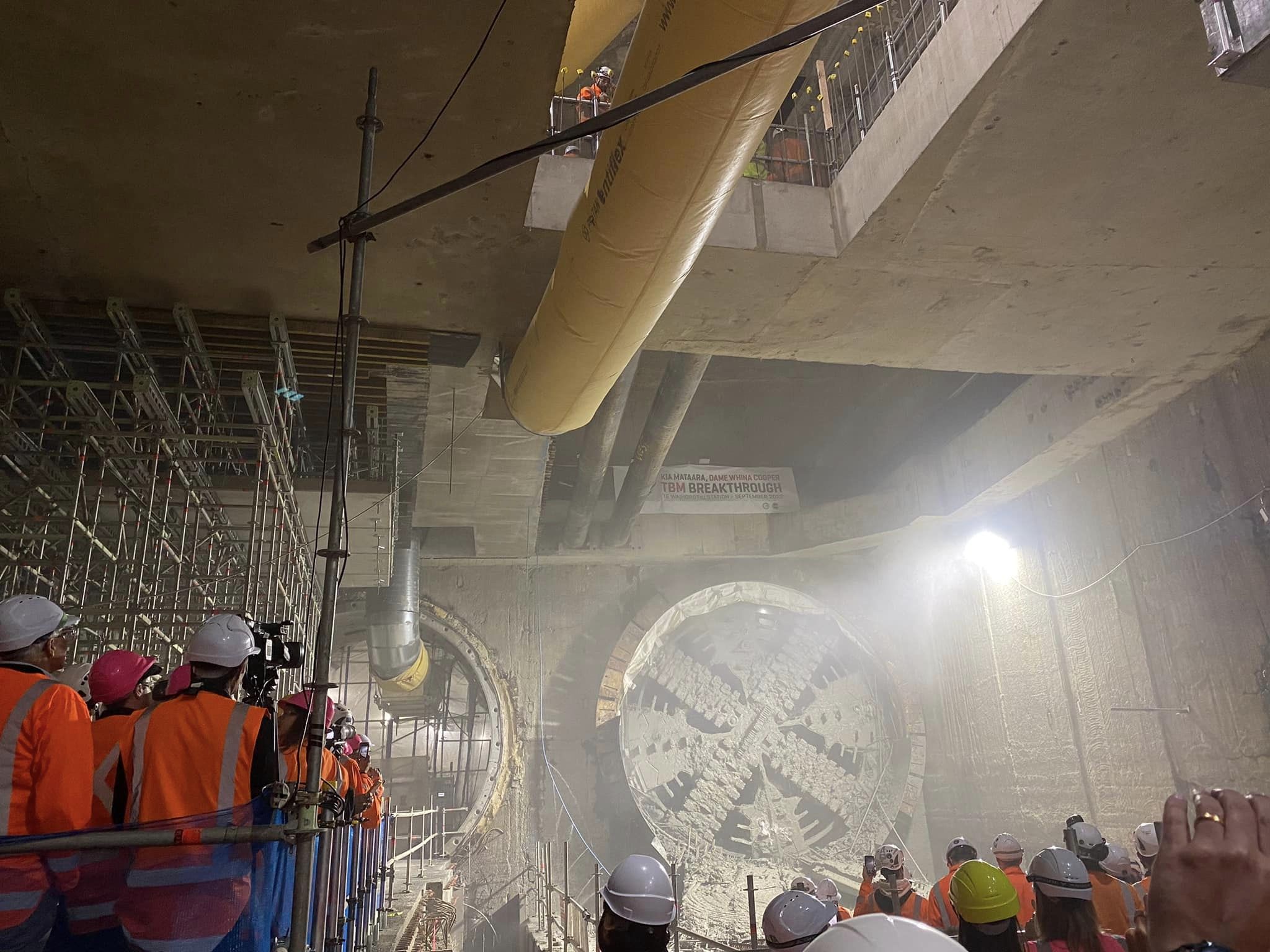 The TBM bored two twin 1.6 km tunnels up to 42m below New Zealand’s largest and busiest city which are the “cornerstone of the country’s first rapid transit rail network that will enable a transformational change in our biggest city,” City Rail Link chief executive Dr Sean Sweeney said.

The tunnels link Maungawhau/Mount Eden station and Te Waihorotiu station (Aotea). Due to the gradient of the landscape between Waitematā station (Britomart).and the western line at Maungawhau station (Mt Eden) and the limiting climbing capacity of the electric trains, the twin tunnels vary in depth.

“The final tunnel breakthrough is the culmination of 13 months of hard work by the tunnelling teams. When complete, City Rail Link will make it faster and easier to get into and around central Auckland, immediately doubling the capacity of heavy rail and ultimately carrying up to 54,000 passengers per hour in peak times,” Auckland Mayor Phil Goff said.

The Link Alliance consortium of seven companies is responsible for the construction of the tunnels and CRL stations, under a contract signed in 2019. NZD 1.66 billion (USD 996.5 million in current prices) is the value of the design and construction contract.

CRL Ltd has announced a cost increase of the project following a rigorous and comprehensive cost review to complete the entire Auckland City Rail Link. The project has now a total value of NZD 4.42 billion a NZD 1 billion (USD 600.3 million) increase from the NZD 3.4 billion (USD 2 billion in current prices) estimated in 2014.

Auckland City Rail Link project includes the construction of a 3.45 km tunnel system below the city centre transforming the downtown Waitematā Station (Britomart) into a two-way through-station that better connects the city’s rail network. The line will have two new underground stations (the Te Waihorotiu and Karanga-a-Hape stations) and the Mount Eden existing station will be redeveloped and will provide connection with the Western Line.

The line is expected to be completed by the end of 2024 improving the travel options and journey times in the city area. By 2035 CRL stations will need to cope with 54,000 passengers an hour at peak travel times, rather than the original estimate of 36,000.