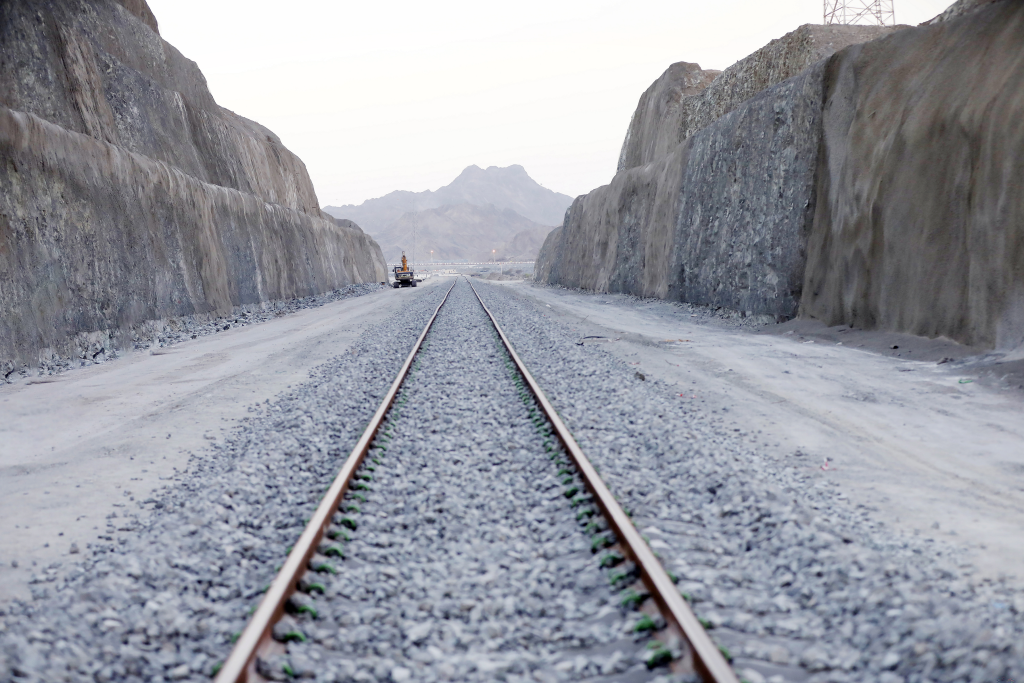 Etihad Rail has completed the tracklaying works of the line in Sharjah and Ras Al Khaimah, as part of the last package of Stage Two of the project. This milestone will allow Etihad Rail to connect the network from Sharjah and Ras Al Khaimah to Al Ghuwaifat enabling the movement of aggregates from the Al Ghail Dry Port to strategic commercial terminals such as Industrial City of Abu Dhabi (ICAD) and Dubai Industrial City (DIC).

The 45 km line in Sharjah is part of the last package of the project, which is 145 km in length from Sharjah to Fujairah port, passing through Ras Al Khaimah where the line extends to over 5.7 km.
This achievement was reached due to 13 million work hours over 25 months with the involvement of 3,250 workers and engineers.

In May 2022, Etihad Rail commenced track laying operations of the package. The line in the last package of Stage Two has 54 bridges and 20 animal crossings. It also has 9 tunnels which extend over 6.9 km along Al Hajar Mountains, and include the longest tunnel in the GCC for heavy cargo, which extends over 1.8 km. This line passes through one of the most difficult geographical areas due to the mountainous terrain surrounding it.

“We have made remarkable strides by completing the main works for the UAE National Rail Network and connecting it to the main lines in Sharjah and Ras Al Khaimah, bringing us closer than ever to completing the network on schedule and achieving our objective of providing an efficient and sustainable transport network that links the country’s emirates, and connects the UAE with the region,” Engineer Khuloud Al Mazrouei, Deputy Project Manager at Etihad Rail, said.

In September Etihad Rail has completed the track work connecting the railway freight station in the Industrial City of Abu Dhabi-ICAD with the main line of Etihad Rail.

The company has recently deployed its first train travelling from our Mirfa depot to ICAD freight terminal, marking the transition from Etihad Rail’s current operations in Al Dhafra to maneuvering goods within the capital and throughout the emirates.