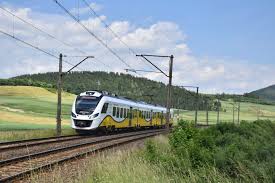 The contract has an option for up to 6 additional hybrid vehicles under the terms of the basic order. Koleje Dolnośląskie will have one year from signing the contract to make a decision on this matter.

Under the contract, Newag will supply two Impuls 2 electric-diesel trains which will have to be delivered within 18 months from the contract signing.

The Polish manufacturer was selected based on the price criterion and it was the sole tenderer.

Newag offer had a value of PLN 56.33 million (EUR 12.8 million) for the two hybrid multiple units with PLN 28.17 million (EUR 6.4 million) per vehicle. Following the evaluation, Koleje Dolnośląskie said that it had decided to accept the offer.

In June the railway operator has concluded a contract with Pesa to acquire five 5-car electric multiple units. Following the announcement, Koleje Dolnośląskie signed two loan agreements with mBank to finance. A PLN 170.45 million (EUR 38.7 million) will fund the train procurement, while a PLN 58.74 million (EUR 13.3 million) will finance the VAT payment of the transactions.

The innovative Impuls 2 type 36WEh hybrid multiple units will be the first train in Poland to have electric motors and internal combustion engines which will allow to travel on the non-electrified railway lines. The use of this innovative technology will allow cost reduction for the operator while increasing passenger comfort and reliability.

Through these two contracts, Newag says that hopes that other Polish regions will decide to purchase new dual-traction vehicles taking into account the comfort of travelers and the availability of railway connections.