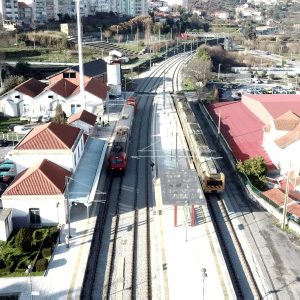 Thales has completed the commissioning of the new electronic signalling system, installed on the Beira Baixa Line, between Covilhã and Guarda stations in Portugal.

45 km of rail line connecting the two stations are already equipped with different signalling technologies deployed by Thales at Belmonte station and the Caria, Maçainhas, Benespera and Sabugal stops.

In 2018, Infraestruturas de Portugal, the railway infrastructure manager, has started the modernisation works on the Covilhã – Guarda rail section on the Beira Baixa Line. The EUR 53 million contract was awarded to the consortium Ramalho Rosa Cobetar/Conduril. The project involved the renewal of 36 km of tracks, electrification works, the rehabilitation of 6 rail bridges and renovation of three stations. The project also covered the construction of a 1.5 km single – track electrified section between the Beira Alta and Beira Baixa Lines, and the construction of a new rail bridge over the river Diz, with a length of 238 metres. 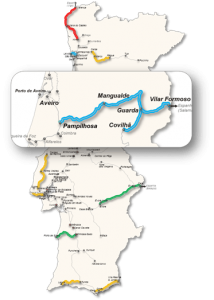 The works’ completion allowed the reopening of rail circulation on this section with 46 km which has been closed since 2009.

The project is of the outmost importance for the modernisation of the rail network in Portugal, covering a section that is a part of the International North Corridor fostering inter-regional rail transport and the connections to Spain.

The modernisation and construction project of Beira Alta line is carried out on four sections involving the Pampilhosa – Mangualde, Mangualde – Guarda, Guarda – Vilar Formoso and the connection with the Northern Line and Beira Alta line. For his last section, a EUR 74.7 million contract was awarded in 2020 which covers the construction of a 3.1-km single track line including a 1.25 km viaduct.