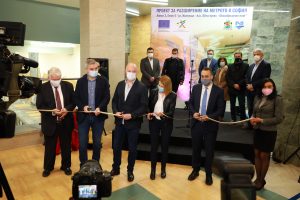 The second Line 3 extension of Sofia Metro has been officially put into commercial operation after the inauguration ceremony held by the city’s Mayor Yordanka Fandakova, the Minister of Transport Rossen Jeliazkov and the Executive Director of the Metropolitan EAD Stoyan Bratoev.

“The metro extension is an example that real results are not achieved by talking, but by real work and sustainable policies”, the minister said.

The 4-km extension served by 4 stations links the eastern Ovcha Kupel and Gorna Banya districts, where a pedestrian tunnel was constructed to provide the rail connection on the Sofia – Pernik line. The project included the construction of depot at the area of Zhitnitsa street.

50,000 passengers per day will reach to the city’s centre in 12 minutes and they will also benefit three parking lots for 700 cars. In the future, the entire line is projected to transport 105,000 passengers and the whole metro system will carry 500,000 passengers in each day.

The extension will reduce the traffic pressure on the two lines by 25 per cent and will eliminate 105,000 cars per day. 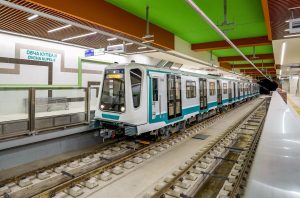 “The Line 3 is a new generation of underground transport as it is using new automation and traffic control systems”, the Executive Director of Metropolitan said.

The works for Sofia metro Line 3 extension started in 2017 and has received municipal and European funding through the Operational Programme – Transport 2014-2020. The EU provided EUR 102 million funding, covering 66 per cent of the project’s cost, while 34 per cent came from the local budget. Total value of the project amounts to EUR 398.2 million (VAT excl.) out of which EUR 321.8 million was the EU funding.

In August, the city has inaugurated the first 8-km section of the Line 3 between Krasno Selo and Hadji Dimitar districts. The entire line is operated by Inspiro trains manufactured by the Siemens – Newag consortium, which was awarded a contract to supply 20 trains, with an exercised option for 10 additional trains.

The municipality intends to build two new metro sections totalling 9 km, of which 3 km would be constructed through the Poduyane district to Levski G residential complex and other 6 km metro line would be constructed from the “G. S. Rakovski” Military Academy through Geo Milev and Slatina distrcits, in eastern part of Sofia, to Arena Armeec next to the District Hospital.

“I am convinced that the metro expansion should not stop, and we are already looking for the future extensions providing transport connection between the city and its neighborhoods. There are also municipal councilors claiming that the construction of the metro should stop, which I personally I will not allow. Providing funds for construction and securing the land for its future expansion is a priority”, the Mayor said.

The metro expansion is mentioned within Bulgaria’s Recovery and Resilience Plan under which the authorities have secured the funds for the next two enlargements. The plan will be submitted to the European Commission as soon as possible, the Mayor explained. 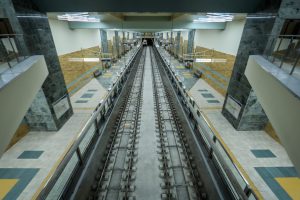 The chief architect of Sofia will prepare next month an amendment to the regulatory plan to ensure the expansion of metro network from Cherni Vrah Boulevard crossing Vitosha district towards Simeonovsko Shosse Boulevard. The plan considers the construction of three metro stations and the plans include the extension to Students’ town (Studentski grad). The last phase of the expansion of the metro system will start from Lyulin station on Line 1 with an intermediate station between lines 2 and 3 to the Road Ring.

The second Line 3 extension together with the first 8-km section 3 adds 12 km and 12 stations to the city’s metro system. According to the plans, the Line 3 will be 21-km-long served by 21 stations and due to the large scale of the project, it was planned to be constructed within four stages. The third section will have 3 km and three stations and the last phase will add 6 km and 6 metro stations.

A preliminary design for the section is under process and its construction is planned to be proposed for financing during the programming period 2021-2027.

Sofia metro network has a total length of 52 km metro network and 48 stations of which 80 per cent has been built in the last decade.