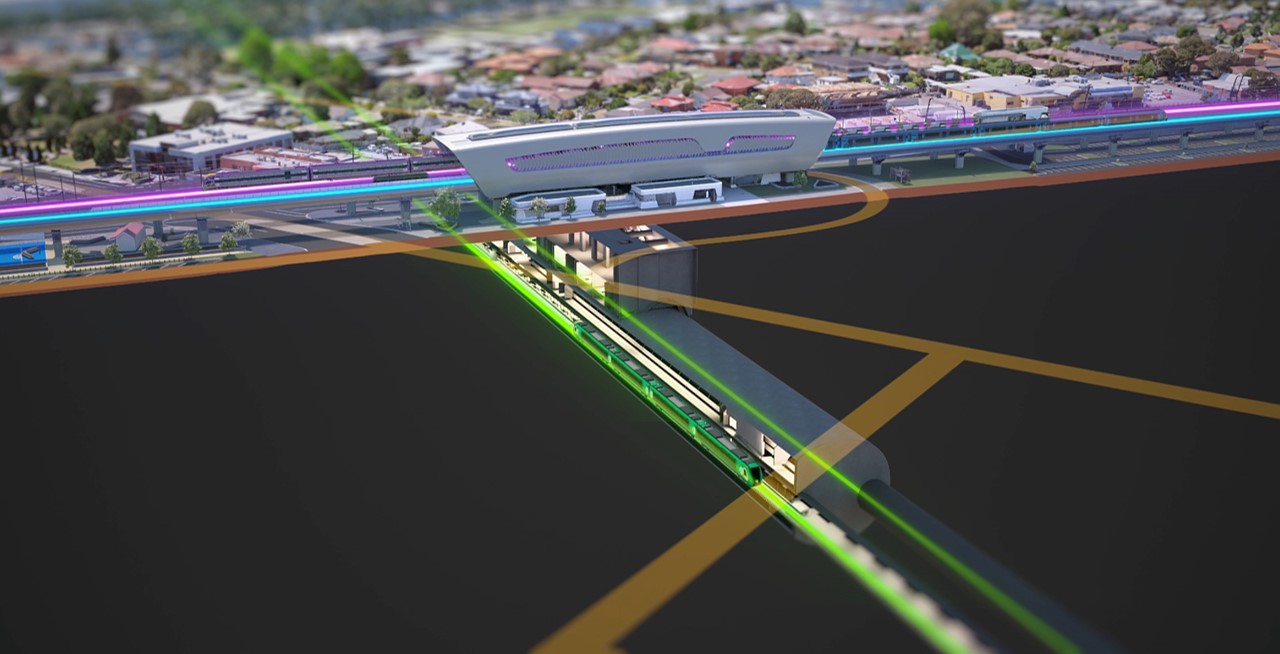 The shortlisted will be responsible for tunnelling task that will be split into two separate contracts to ensure the work is done as efficiently as possible, minimising disruption to the community:

The tunnelling work is scheduled to start in 2026 performed by more than 10 tunnel boring machines (TBMs) used to carve out the twin tunnels.

Contractors will be required to deliver at least 92 per cent local content (excluding TBMs), considered as a huge boost for Victoria’s steel and concrete industry.

“SRL East is a project Victoria needs, and we’re getting on with delivering this city-shaping network and the many thousands of jobs during construction,” Minister for Suburban Rail Loop Jacinta Allan said.

The SRL East comprises the construction of a 26 km of twin tunnels and 6 brand new underground stations between Cheltenham and Box Hill. The new connection is expected to become operational by 2035 with an end-to-end trip of just 22 minutes bringing important transport connection to the people travelling on the Gippsland corridor.

The initial works on Suburban Rail Loop East started in June 2022 being underway in Clayton and major works have been given the green light following a rigorous Environment Effects Statement (EES) planning process.

The SRL will shape the mobility in the capital and Victoria, delivering a 90 km long orbital rail line with direct connection to the Melbourne Airport. The railway line is designed as a ‘turn up and go’ metro-style rail service with convenient interchanges to every major radial line between Frankston and Werribee. Two new transport super hubs at Clayton and Broadmeadows and will tap into the already established Sunshine station super hub. These major interchanges will connect regional passengers to the loop, providing faster and more convenient journeys to destinations and employment across Melbourne.

The line will provide fast rail services relieving the traffic on the existing lines as well as on the pressure on road infrastructure. this new project will provide access to major job centres, health services and education institutions transforming Melbourne into city of centres by supporting the precincts outside the central business district (CBD).

The Suburban Rail Loop is constructed into three sections from Cheltenham to Werribee, via the airport. Besides the East section, the project comprises the construction of the North branch continuing the line from Box Hill to the Melbourne Airport served by seven new stations. At the aiport, the line will be connected to the 12 km Melbourne Airport Rail – Sunshine station railway. The Broadmeadows station will be designed as a super hub with trains travelling in 4 directions providing faster access to destinations around Melbourne, particularly for people travelling along the Hume corridor. According to estimations, in 2056 the station will be used by 8500 regional passengers each day with more than a half travelling on Hume corridor.

SRL West will be constructed from the airport to Werribee via Sunshine station. This section will have connections to the public transport network including the metro system, the airport rail link, Sunbury Line – with ongoing upgrade works, and to Geelong fast rail between Geelong and Melbourne’s CBD, a connection which will be constructed from 2023.

The new project will support the creation of a sustainable mobility and will provide additional capacity answering transport demand as Greater Melbourne is expected to reach 9 million people in 2056 from currently more than 5 million.