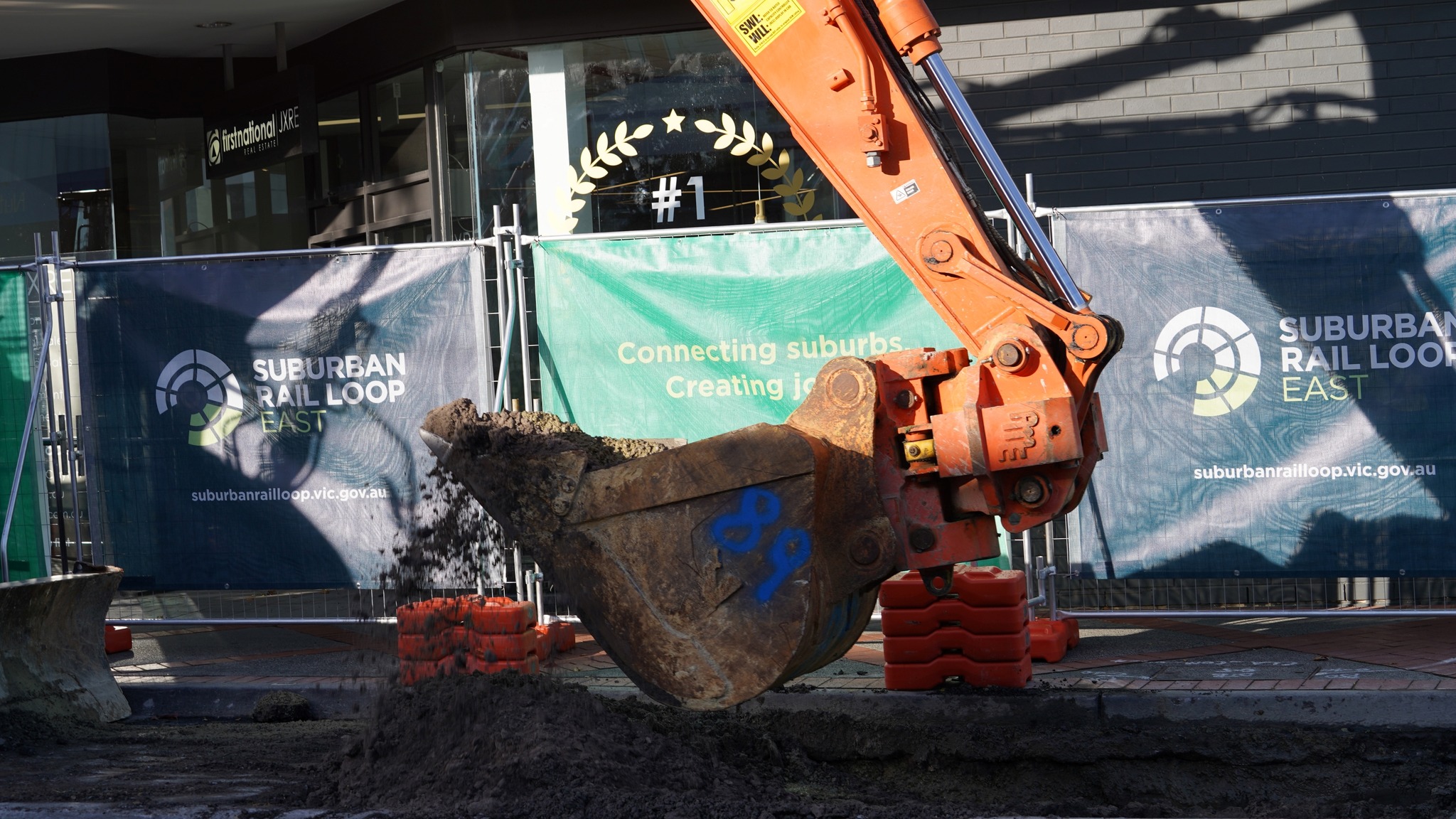 The construction of the Suburban Rail Loop East (SRL East) connection has started at the future Clayton station, designed as a major interchange with trains travelling in 4 different directions in Melbourne and regional Victoria.

The construction kicked off at the beginning of June with works to lay a new 630m sewer pipe dug by a remote-controlled micro-tunnelling machine, starting a massive programme of initial and early works which will create up to 800 local jobs.

The SRL East includes the construction of 26 km twin tunnels and 6 new stations between Cheltenham and Box Hill. Up to 10 TBMs are expected to deliver the project which also includes road modifications, service relocation and preparation for three sites where the tunnel boring machines will be launched.

SRL East is expected to enter operation in 2035 when the Clayton superhub will connect to metropolitan and regional train services on the Cranbourne/Pakenham and Gippsland Lines.

Suburban Rail Loop East section is part of Melbourne’s new rail ring with a length of 90 km. The orbital line will be constructed in three stages linking major rail line from the Frankston Line to the Werribee Line via Melbourne Airport, better connecting Victorians to jobs, retail, education, health services and each other.

SRL North will continue the line from Box Hill to Melbourne Airport covering the construction of a 34 km line with 7 stations at Doncaster, Heidelberg, Bundoora, Reservoir, Fawkner, Broadmeadows, and Melbourne Airport.

The preliminary studies for these two new lines show that they have a total estimated value of AUD 30-50 billion (USD 20.7- 34.5 billion).

There are also plans to build the Western section (SRL West) of the orbital line from Melbourne Airport to Werribee providing rapid rail connection in Melbourne’s west, including the Sunshine precinct, Victoria University, Sunshine Hospital and the Joan Kirner Women’s and Children’s Hospital. Early planning and development on the SRL West continues.