“A large investment will be allotted to the railway infrastructure. This is the future: cheaper freight transport and a better industry. This includes the Belgrade metro system,” Vučić said.

The investment allotted to railway infrastructure will be prioritised to the modernisation and reconstruction of the main transit corridors, the Corridor 10, and for the completion of the railway link to Montenegro, through Bar.

“Without infrastructure and connectivity, there is no faster development and investment. The large amount of Serbia 2025 programme will be provided for infrastructure, supporting EUR 9 billion funding, of a total of EUR 14 billion,” Zorana Mihajlović, the minister of Transport, said. 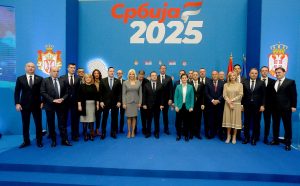 According to the president, the programme also includes the reconstruction and modernisation of 210 km of Valjevo – Vrbovec and Belgrade – Bar line, providing rail connection with Montenegro.  “We have restored the Resnik – Valjevo railway, then we have Valjevo – Vrbnica modernisation, and thus the rail link to Montenegro, and the people who travel to Montenegro will travel incomparably shorter, and incomparably easier transport service,” the President said. 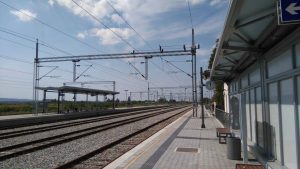 Niš – Dimitrovgrad is another modernisation project which will allow a better integration with the EU railway network. The line connects Serbia with Bulgaria through the Xc branch of the SEETO Corridor X. The line is part of the corridor connecting Central Europe to Bulgaria and Turkey through Croatia and Serbia. It is an alternative to the TEN-T Rhine-Danube CNC. The rail section between Niš and Dimitrovgrad is an important bottleneck, being the only part of the entire corridor that is not electrified and having a weight limits of category D3. The estimated investment costs for the reconstruction of the Sicevo-Dimitrovgrad section, including preparatory works for electrification and signalling and telecommunication systems, was estimated to be EUR 84,4 million, while the electrification of the entire section from Niš to Dimitrovgrad was recently estimated to be EUR 59 million.

The modernisation of country’s railway network will allow trains to run at speeds of 120 and 160 km/h.