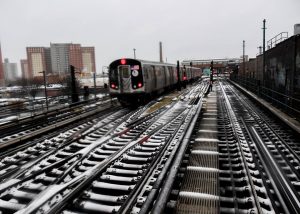 The pilot project was conducted for nine months on the Flushing and Canarsie lines.

Thales and Piper Networks have completed the pilot programme with strong results and demonstrated the potential for UWB positioning technologies to integrate seamlessly with Communications-Based Train Control (CBTC) to improve system reliability and the speed of delivery for upgraded signalling systems.

MTA says that the innovative pilot complements the its unprecedented USD 7.1 billion investment into modernising its outdated signalling system over the next several years. The initiative and partnership are the result of the MTA’s Genius Transit Challenge first launched in 2017, which challenged leading companies from around the world to improve subway signals, capacity and communications for the future.

“Ultra-wideband wireless technology brings the promise of fewer and shorter delays, and faster and cheaper installation of modern CBTC signalling, by eliminating much of the equipment traditionally fitted under trains and on tracks.  This is a game-changer for our customers,” Pete Tomlin, New York City Transit’s head of signalling, said.

In 2019, MTA awarded Thales – Piper consortium a contract for a UWB-based train control system Pilot programme on the Flushing line.

In the same time, NYC Transit awarded Siemens, in partnership with Humatics, a contract for a UWB-based train control system pilot programme on the Canarsie line. The scope of the pilot was to prepare the new platform for safety certifiability, and it consisted of nine months of testing and collecting 2,500 hours of operational data. An automated data upload facility at Corona Yard has allowed for cloud-based processing of all collected sensor data from the Flushing line, which could then be compared with data from the CBTC system and a LIDAR-based “ground truth” digital map.

As part of the pilot programme, four trains on the Flushing line, which is one of two lines in the system already equipped with CBTC, have been outfitted with the Thales’ CBTC system that integrates Piper’s UWB technology. Four trains on the Canarsie line were outfitted with Siemens’ CBTC system that integrates Humatics UWB technology.

The demonstration showed the potential of an even more precise positioning system, UWB, to improve system performance and recovery. The pilot proved it could also help accelerate the implementation of CBTC. Additionally, because UWB technology is installed off the tracks rather than on the tracks, it could be considerably easier for NYCT personnel to maintain in the long term and cut down on delays stemming from malfunctioning equipment on the tracks.

MTA will continue to work to modernise its signalling system across the network under the 2020-2024 Capital Plan. Over the next five-year capital programme, MTA will award signalling modernisation contracts for six corridors, with contract awards beginning in the second half of 2020.