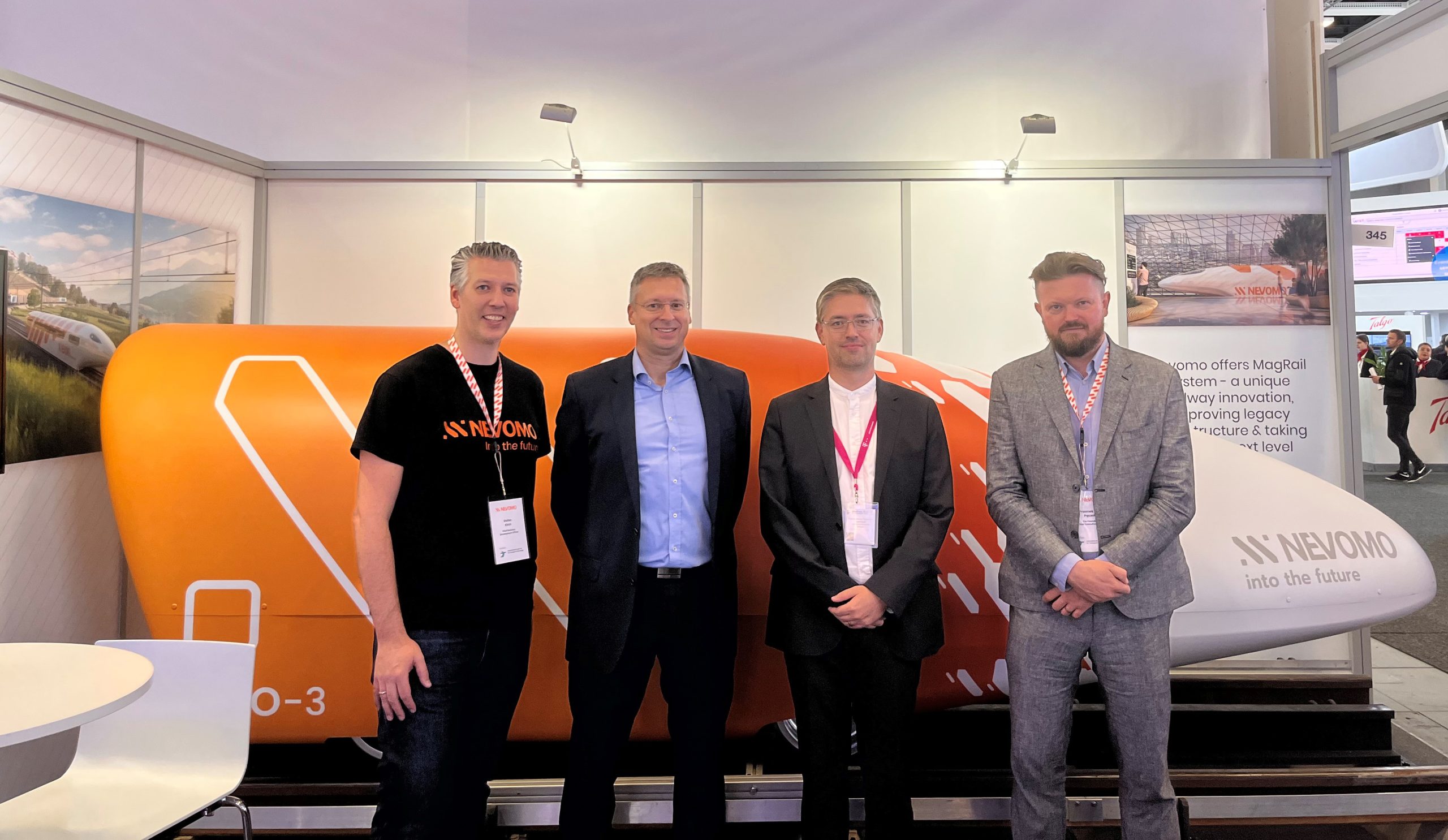 Nevomo and T-Systems, owned by Deutsche Telekom, agreed to jointly evaluate the direction of development of IoT services for the rail industry.

The cooperation will be carried out on six technical fields covering the connectivity and network, IT security, sensors, Data Lake, API, and IoT Hub and is based on Nevomo’s current technology development activities for the IoT project which is being implemented on the railway infrastructure in Warsaw, Poland.

“As T-Systems, we are already living the best-of-both-worlds: corporate delivery power, with start-up innovation attitude. Joining forces with such an innovative rail deep tech company as Nevomo is the next step for T-Systems to become an innovation leader for public transport services”, Wolfgang Ader, Senior Vice President for Public Transport at T-Systems, said.

T-Systems will support the ongoing tests with know-how, further equipment including sensors and network equipment, connectivity, security, and cloud services.

MagRail IoT is Nevomo’s predictive maintenance system which consists of monitoring devices and cutting-edge AI predictive analytics at high operational speeds. It enables seamless operations, increases safety, and saves costs of maintenance. “We are extremely pleased that a company with such an impeccable reputation, trusted by customers and partners around the world as T-Systems is becoming our strategic technology partner. For us and the credibility of our technology, this is one of the best confirmations we can get from the market”, Stefan Kirch, Chief Business Development Officer at Nevomo said.

For its MagRail technology, Nevomo has completed the construction of its 700m testing track built in Nowa Sarzyna, to allow the first testing phase at 160 km/h.  The line is constructed at Ciech Sarzyna premises, in the Podkarpackie voivodeship, south-eastern Poland.

The MagRail technology was developed to expand the capacity and increase the capability of existing rail lines, as well as improve the efficiency of the rail transport system easily, quickly, and cost-effectively. As an automated, high-speed and highly accurate system, MagRail requires an infrastructure of impeccable quality, so a reliable assessment of it preceded by in-depth monitoring is an essential step before starting the process of upgrading rail infrastructure.