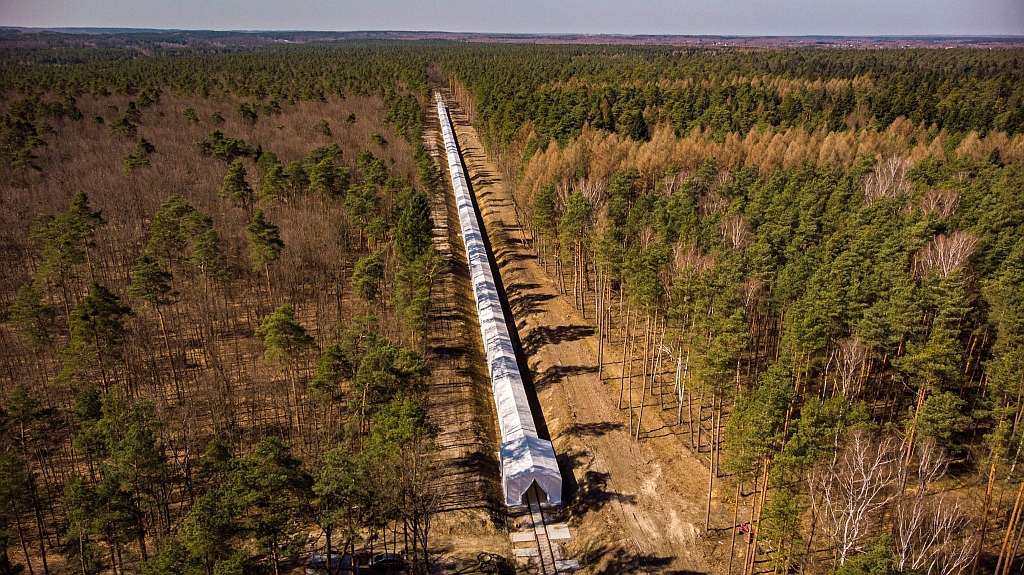 Nevomo has completed the construction the 700-meter-long magnetic levitation testing track for its  MagRail system which allows levitating railway vehicles to start testing phase at speeds of up to 160 km/h.

The infrastructure allows levitating railway vehicles of the MagRail system at testing speeds of up to 160 km/h.

Under an agreement signed last year, Nevomo started the construction of the needed rail infrastructure on the premises of CIECH Sarzyna in Podkarpackie voivodeship in Poland.

The installation of all the necessary wayside equipment, allowing testing of magnetic levitation, among other things, has been recently completed. The first full-scale test vehicle, equipped with all the necessary components to perform the first tests, was delivered to Nowa Sarzyna at the end of August.

“We are very happy that despite difficulties in the supply of key components of the MagRail system, caused by the disruption of global supply chains, we are ready with almost all the necessary elements of the system before the end of summer. We have both a fully completed wayside and trackside infrastructure ready for magnetic levitation, as well as a full-scale test platform,” Lukasz Mielczarek, co-founder and Infrastructure Director at Nevomo said.

The company is currently finalising the power supply system to allow the beginning of the testing phase.

MagRail technology was developed to easily, quickly, and cost-effectively extend the capacity and enhance the capability of existing railway lines, as well as improve the overall efficiency of the rail transportation system. MagRail provides the possibility to operate electric vehicles in non-electrified areas, such as terminals and ports. The MagRail system can be integrated into existing railway systems. As a result, the traditional rail transportation system can gain better freight dynamics, higher loading limits, greater flexibility, and the ability to run trains automatically without the need to build new lines, without catenary, and without human error.