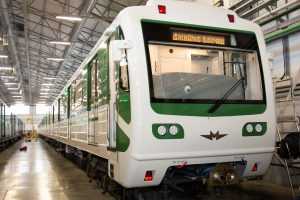 TMH shipped 12 overhauled and modernised Series 81-717.4/714.4 metro carriages to Sofia Metro as part of a contract signed in 2020. Earlier in 2020, the Russian rolling stock manufacturer delivered a pilot batch of 8 modernised metro cars to Sofia.

On the grounds of the customer’s positive feedback, an amendment to the contract was signed that involved a similar overhaul of additional 40 metro carriages.

The currently the active contract sets TMH to overhaul and modernise 40 cars for Sofia Metro in three stages covering two batches of 12 carriages and one batch of 16 carriages. Each stage is to take not more than 12 months.

The overhauled rolling stock will be used to form 4-car metro trains for Sofia Metro’s Line 1 and Line 2.

The refurbishment and modernisation activities involve the most equipment, the exterior, and the interior of the trains.

Among many operations, the overhaul included the defectoscopy of the car bodies, a complete overhaul of the driver’s cabs, installation of new asynchronous drives, and overall reduction of weight. The driver’s cabs now feature the new control board with multiple displays, able to switch between English and Bulgarian languages. 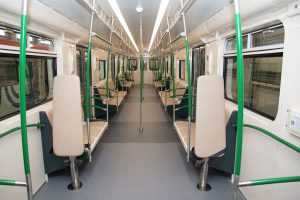 The electric outfitting of the carriages was refreshed to allow reduced power consumption.

The interiors received a new, modern outlook with new wear-resistant seats and handrails. Each unit now features smoke and temperature sensors. The interior was also adapted to the passengers with reduced mobility providing special spaces for wheelchair and baby strollers.

The overhaul extends the lifecycle of the rolling stock by 15 years, increased the level of comfort and safety for passengers and drivers, and reduced the volume of required maintenance.