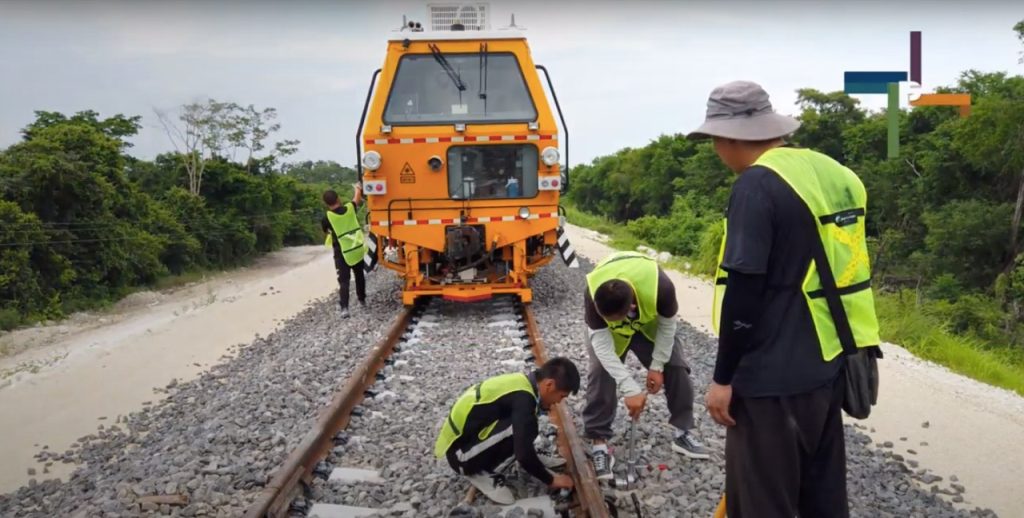 The president of Mexico, Andrés Manuel López Obrador, announced that in December 2023 will complete the 1,550 km Mayan Train project as planned.

“We are advancing in the construction of the Mayan Train project, currently the largest railway project in the world. We will complete it by the end of 2023. This year, Cancún and the Riviera welcomed 27 million of tourists 10% of which going to the archaeological sites of Chichen Itzá, Uxmal, Edzna, Calakmul and Palenque, using the Maya Train. This would be of great benefit to the people of southeastern Mexico,” the President said during a visit to the state of Yucatán to inspect the construction progress of the second and third sections of the project.

The new rail system will pass through the states of Chiapas, Tabasco, Campeche, Yucatán and Quintana Roo, the main regions of the Yucatan Peninsula.

The Tren Maya project is split into eight sections with the first 228 km of line linking Palenque and Escárcega in Tabasco. For this section, levelling, lining and track laying continue.

The second section covers a 235 km rail line connecting Escárcega and Calkiní. On this section, the formation of the embankment is advancing and a new bus stop in constructed in Hecelchakán. In Pomuch work to install the fibre optic and electric cabling is progressing

The third section is 172 km long between Calkiní and Izamal. On 17 October construction work started for the Teya-Mérida station in Yucatán which is expected to record the highest traffic and tourist demand with 3,000 passengers expected to use the station each day. The station will have four platforms and will be equipped with lifts and escalators.

At the same time construction work is ongoing on the 490 double track line between Izamal and Cancún (4th section). 464,000m3 of ballast, 56,000 sleepers and 35,000 tonnes of rail have been delivered representing 62% of the materials required for tracklaying. The first concrete sections for the viaduct being built in the city of Tenosique, Tabasco,have also arrived from Guadalajara.

The system will be operated by 42 X’trapolis trains under a EUR 1.3 billion contract signed in June 2021 with a consortium comprising Alstom (leader) Gami Ingeniería e Instalaciones and Construcciones Urales Procesos Industriales. Alstom’s share worth EUR 1 billion.

A detailed article on the Tren Maya project was published in the July issue of Railway PRO.