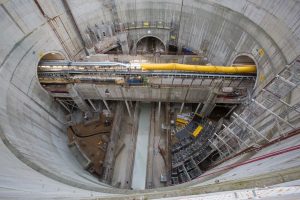 The contract has a value of EUR 325 million and involves the construction of the metro section between the Clichy-Montfermeil and Noisy-Champs stations.

The construction works are expected to start in September 2021 and will be completed within seven years.

In January 2019, the Webuild started the construction works for the Lot 2 of the line covering the excavation of 11.1 km of tunnels with two TBMs and the construction of four stations – Aulnay, Aulnay, Sevran-Beaudottes, Sevran-Livry and Clichy Montfermeil. This contract is added to a first contract won by Webuild joint venture with Nouvelles Générations d’Entrepreneurs for the extension of Line 14 towards Orly Airport. In July 2020, the joint venture celebrated the breakthrough of the tunnel boring machine (TBM) near the end of its underground journey of 4 km to help extend Line 14 South in southern Paris.

Line 16 of the Grand Paris Express will help the eastern part of Paris metropolitan area to overcome its relative isolation by connecting some of the more remote towns of the Seine-Saint-Denis district to the capital. 800,000 inhabitants will benefit the new metro line which will also deliver direct link to the la Cité Descartes and the Plaine Saint-Denis.

The line will have an estimated capacity of 200,000 trips per day.