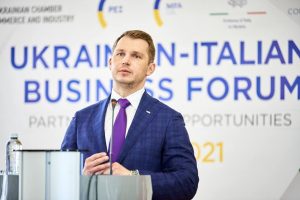 Ukrzaliznytsia, the Ukrainian Railways, and Ferrovie Dello Stato Italiane signed an agreement on a pre-feasibility study for the introduction of high-speed rail traffic in Ukraine. The study is expected to be completed by the end of the year and Ukraine will take important decisions to implement the project.

The agreement was signed at the Ukrainian-Italian business forum, which took place during the official visit of the Minister of Foreign Affairs of Italy Luigi Di Mayo to Ukraine.

“Ukrzaliznytsia is currently undergoing a large-scale restructuring programme. We want to get rid of the Soviet legacy both legally and in terms of rolling stock and infrastructure. And that is why we need investments to organise services and to put our assets in order. We need investments to upgrade the locomotive and railcar fleet, as well as the infrastructure,” Ivan Yuryk, the Acting Chairman of the Board of Ukrainian Railways Ivan Yuryk, said.

The company’s ambitious goal is to bring high-speed rail traffic in the country, and to integrate it into the European system, as a priority project of the government which is supported by the National Transport Strategy of Ukraine until 2030.

Currently, Ukraine do not benefit a high-speed rail network and the maximum speed allowed on the lines is 160 km/h. “Therefore, we are currently in negotiations with our Italian partners on the possibility of launching such a project, studying in detail the materials and opportunities to implement it in Ukraine,” Ivan Yuryk noted.

Ukraine will explore a such high-speed connection to link Kyiv, Odessa or Lviv, towards Warsaw or another European capital. According to preliminary estimations, the project would need an investment of USD 15-16 billion. 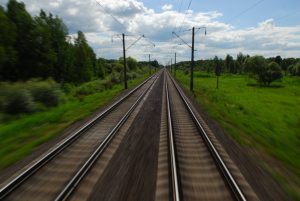 “Ukrzaliznytsia is very interested in this project. I am confident that cooperation with a wide range of our European partners will have positive results in the near future. This will allow us to learn from the experience of such projects and attract funding on preferential terms,” Ivan Yurik concluded.

The country is currently exploring new ways to attract and involve European companies to bring their know-how and deliver important rolling stock projects and to increase the rail industry localisation.