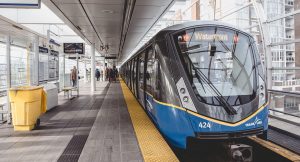 The Prime Minister of Canada, Justin Trudeau, and the Infrastructure Minister Catherine McKenna announced an up to CAD 1.3 billion (USD 1 billion) federal funding for Surrey Langley SkyTrain extension project in Vancouver. The Government of British Columbia and other partners are funding the remaining project costs of up to CAD 2.54 billion (USD 2 billion).

The British Columbia Government has committed to taking over the ownership and delivery of Surrey Langley SkyTrain extension and completing the project out to Langley. Once the new line is built, TransLink will operate the extension as part of the integrated SkyTrain network.

The project covers the construction of a 16-km elevated line from King George SkyTrain station to Langley City Centre along Fraser Highway. The line will be served by eight new stations, three bus exchanges, park and ride spaces. An operations and maintenance centre and supporting system upgrades will also be constructed. 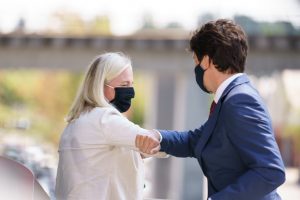 The new transit route will be operated by 30 SkyTrain cars travelling 22 minutes between the two destinations, which is more than 25 minutes faster than the current bus route. The Surrey Langley extension will connect growing Surrey neighbourhoods, the Township of Langley, and the City of Langley to Surrey Centre and the regional SkyTrain network.