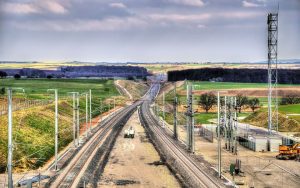 The European Investment Bank (EIB) has under appraisal the second phase of Plovdiv-Burgas rail rehabilitation project with a EUR 43 million proposed financing.

The second phase of the project comprises the design and installation of signalling and telecommunication system and ETCS L1 deployment for which a BGN 185 million (EUR 94.6 million) design contract was signed. The project also involves the installation of the centralised train dispatcher`s office on the Manole–Burgas section, the construction of overpasses and underpasses, the rehabilitation of the 26-km Skutare-Orizovo rail section, a completed project which was inaugurated in 2020. The railway infrastructure manager, NRIC, has also completed the rehabilitation Straldhza-Cerkovski railway section.

The rails and the overhead lines in the corresponding sections have a total line length of 90 km expected to be modernised. The Plovdiv-Burgas line runs for 293 km, of which 140 km is single track.

According to the EIB, EUR 345 million is the total value of the rail project which is part of the Trans-European Transport network (TEN-T) and part of the Orient / East Mediterranean corridor.

In 2018, Bulgaria has received a European financing of EUR 293.4 million through the Cohesion Fund for the modernisation of the railway line linking the city of Plovdiv with the Port of Burgas. The total amount of the Plovdiv – Bourgas rehabilitation Lot 2 is EUR 414 million.

The initial phase of Plovdiv-Burgas rail rehabilitation was implemented under the previous programming period (2007-2013).