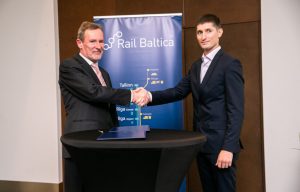 Sweco Projekt won the contract for the design of Muuga freight terminal, in Estonia, which will be Rail Baltica’s largest and only port-connected freight station. The cost of the design works is EUR 2.17 million including VAT, which will be financed from the funds of the Connecting Europe Facility.

The designing process will be completed in the 2nd quarter of 2022 while the beginning of the first stage of the construction has been planned for early 2022.

The entire construction of the new freight station of Rail Baltica is to be completed by the end of 2025.

Currently, the Muuga Harbour houses nearly thirty operators of terminals that will be to a different extent affected by the solutions being designed.

The new freight station will have both standard and broad gauges. Around 35 km of new 1435 mm gauge railway sections will be designed for Muuga Harbour and 11 km of 1520 mm gauge lines will be relocated and constructed.

The designer of Muuga freight terminal will also be responsible for the design of the buildings, connections between the terminals, and the related infrastructure such as the railway tunnels, overhead lines, traffic management systems, control centre and rolling stock maintenance depot. 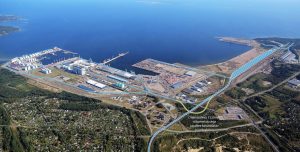 “Muuga freight station will be one of the key sites of Rail Baltica: the unique combination of infrastructures which is to emerge there will allow goods to be transhipped from marine transport or road transport to railway means of transport of varying width and vice versa,” Tõnu Grünberg, CEO of Rail Baltic Estonia said.

Within the first years after the completion of Rail Baltica, 4–5 million tonnes of goods per year are estimated to pass through the multimodal freight terminal in Muuga. The analysis performed by Civitta Eesti AS and Deutsche Bahn Engineering & Consulting GmbH in 2018 shows that the volume might even double in 20 years, and then 8–10 million tonnes of goods per year will be handled in the most important cargo harbour of Estonia.

Five tenders were received for the design procurement announced in May this year.