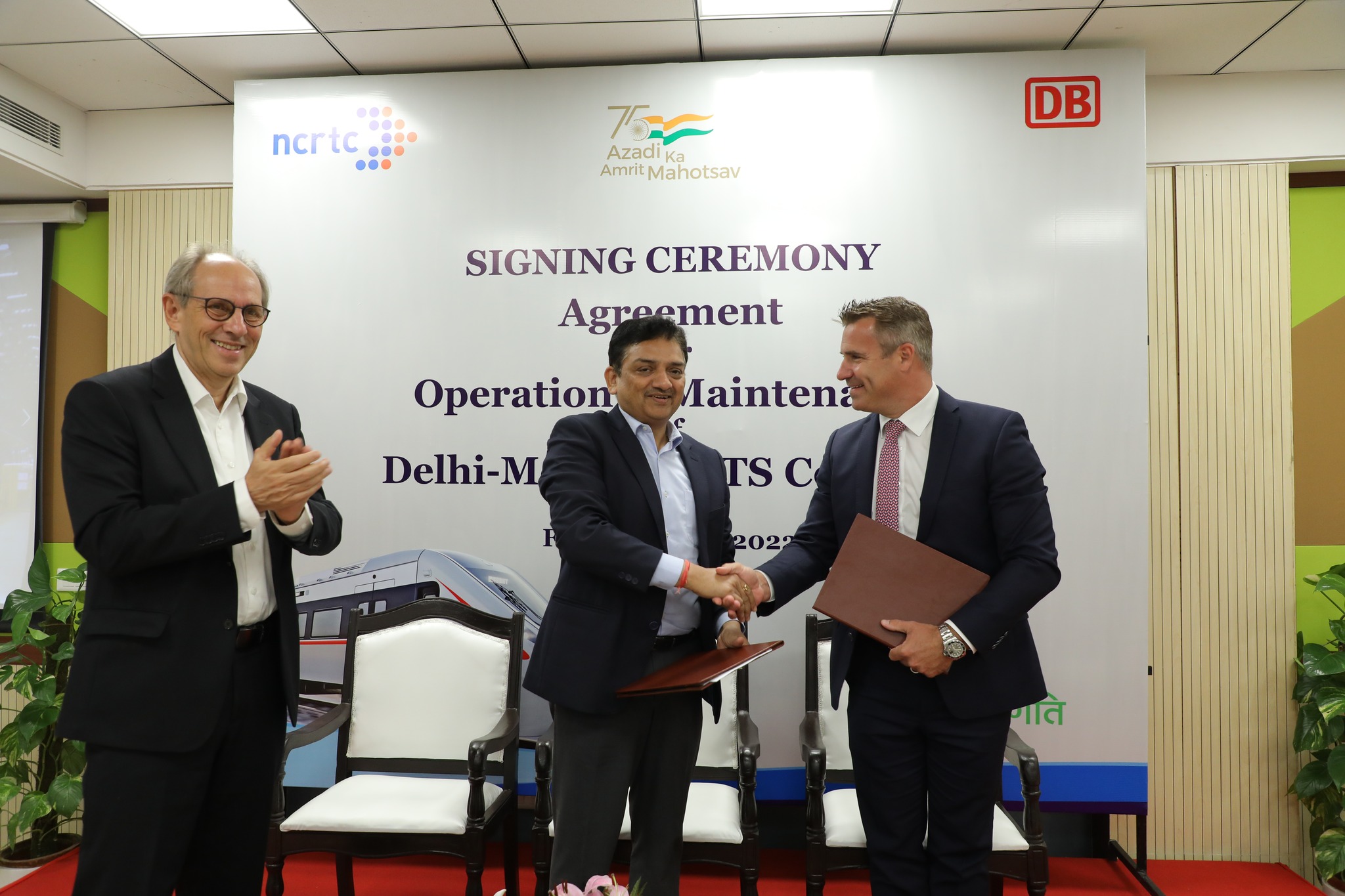 The ‘multi-million’ 12-year contract covers the operation of 40 trains and the maintenance of the railway infrastructure. The operation of the system is scheduled to start in 2023.

“We are pleased to be making a contribution to the German – Indian partnership for green urban mobility as the operator of the Delhi-Meerut corridor. We are thus actively supporting sustainable urban development and traffic relief in one of the world’s largest metropolitan regions with over 46 million inhabitants,” Niko Warbanoff, CEO of the DB ECO Group, which owns the DB IO.

Technology and knowledge transfer as well as the reinvestment of profits benefit Germany’s strong rail system.

The route will be equipped with the latest ETCS Level 2/Hybrid Level 3 technology in combination with automatic train control (ATO). Train communication will be based on LTE technology, which is significantly more powerful than conventional GSM and is being used one of the first times in the world in Delhi.

“As NCRTC, we look forward to a mutually beneficial partnership with DB. The RRTS project will benefit from DB’s global expertise and experience in technology – driven operations and predictive maintenance, providing passengers with a comfortable and safe journey. This partnership will bring a paradigm shift in the operational management of rail-bound traffic in India, which will open up new opportunities for DB,” Vinay Kumar Singh, Managing Director of NCRTC said.

2021 was an important year for the implementation of Delhi – Ghaziabad – Meerut railway corridor.  NCRTC has started the construction works for the new regional rapid rail system linking the two cities. A EUR 106 million contract was awarded for the supply and installation of signalling and telecommunication systems. The new rail network will be also equipped with 4.9G/LTE private wireless network to support the introduction of ETCS Level2. The year also marked the beginning of train production with the first made in India train delivered by Alstom in 2022.

The Delhi-Meerut RRTS system will be 82 km long served by 25 stations and two depots and is expected to be used by more than 800,000 passengers each day. The new rapid transport system will cut the travel time between the two cities by 70%.