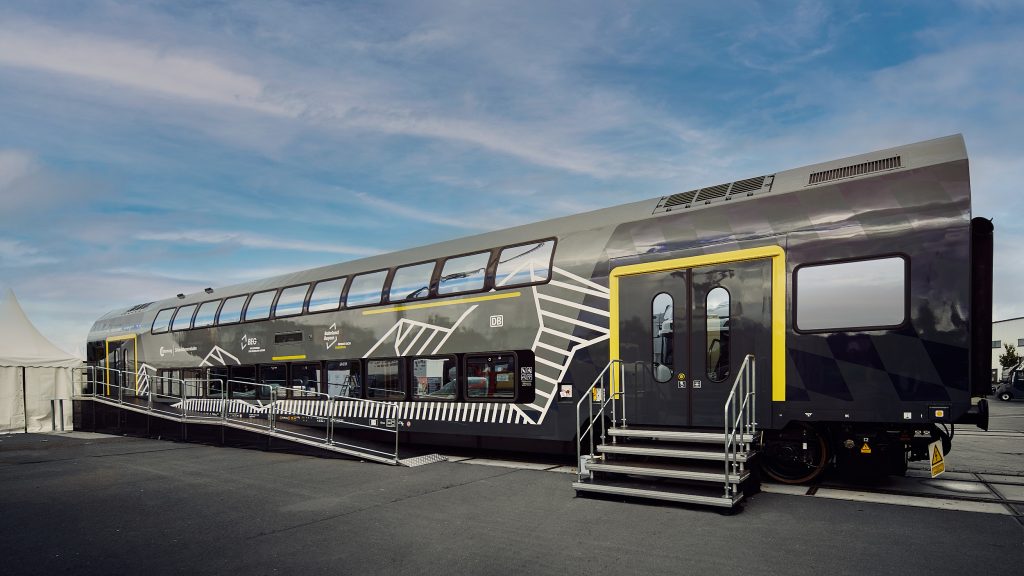 Deutsche Bahn has announced it will invest EUR 19 billion in new rolling stock by acquiring new locomotives and trains for freight and passenger services.

“We are new investing in the trains of the future. With the record sum of more than EUR 19 billion, we are creating the capacity for even higher demand. Modern vehicles not only make the railways more climate-friendly, but also more reliable and customer-friendly,” Richard Lutz, the CEO of DB said.

DB is investing in its regional fleet as well as expanding its long-distance rolling stock with new ICE trains. The company is expanding its fleet with the new ICE L trains manufactured by Talgo which will deliver three new ICE trains every month in 2023. By 2030, the train fleet will grow to around 450 trains.

At the beginning of this year, DB and Siemens Mobility signed a EUR 1.5 billion contract for 43 additional ICE 3neo trains with the first one expected to start services at the end of 2022. In addition, in July, DB and Siemens Mobility celebrated the delivery of the 100th ICE train at Mainz Central Station. By 2024, the operator will receive 137 ICE 4 trains in various configurations with three new ICE trains to be delivered every month until 2023.

DB is solving the future challenge of getting more trains on the rails and at the same time becoming more punctual and reliable with digitalisation and new technologies. “The mobility of the future is digital, convenient and climate-friendly. With innovations and modern technologies, we can set new standards for more capacity, quality and flexibility. It’s about convincing more and more people and companies with a high-performance rail,” Daniela Gerd tom Markotten, DB Board Member for Digitalization and Technology at DB said.

The investment in new rolling stock also includes the recently new contracts. This year, DB Regio and Alstom signed a contract for the supply of 29 Coradia Stream double-deck electric trains. As part of the introduction of new technology, DB and Siemens Mobility presented the two-car Mireo Plus H hydrogen train which will run at a speed of 160 km/h with an operating range of up to 800 km. The regional operator will also own a fleet of 44 Flirt Akku battery trains which will enter operation from 2025.

The new freight wagons operated by DB Cargo are more climate-friendly even on routes without overhead lines. The freight railcars are modular and extremely flexible and are equipped with the latest technologies such as digital automatic coupling (DAC) system which is the new backbone of the freight train. Not only does it make train operations faster, but it also adds a new dimension to the supply chain on rails with power lines and live data.

Presenting the new vehicles at InnoTrans, the operator’s Vectron dual-powered locomotive is a novelty that can be operated with both green electricity and climate-friendly biofuel. They are used over long distances as well as in customer service at close range or in shunting operations. With the m2 modular freight car developed by DB, the cars can be adapted more quickly to the needs of customers. DB Cargo presented three freight railcars, a locomotive and Digital Automatic Coupler system at the trade fair.

“The <freight train of the future> it’s on the track ready to depart! In addition to a completely new dual-power locomotive. In addition to a completely new two-power locomotive we also own the new m2 wagons which can be used flexibly and modularly for different goods. There is a platform in different lengths and different structures can be placed on it for transport. If we use this train with digital automatic couplers, this that will be the decisive lever to get more goods onto the climate-friendly rail,” Sigrid Nikutta, Board Member for Freight Transport at Deutsche Bahn said.

At InnoTrans, DB also presented its advanced TrainLab to test the latest technologies for rail transport. The first TrainLab was put into service in December 2018, and the second one followed in August 2021. Almost weekly, both TrainLabs are out on test runs all over Germany. Each train consists of two intermediate and two end cars can run at a maximum speed of 200 km/h fueled with eco-diesel, which is made 100 per cent from biological residues and waste materials.