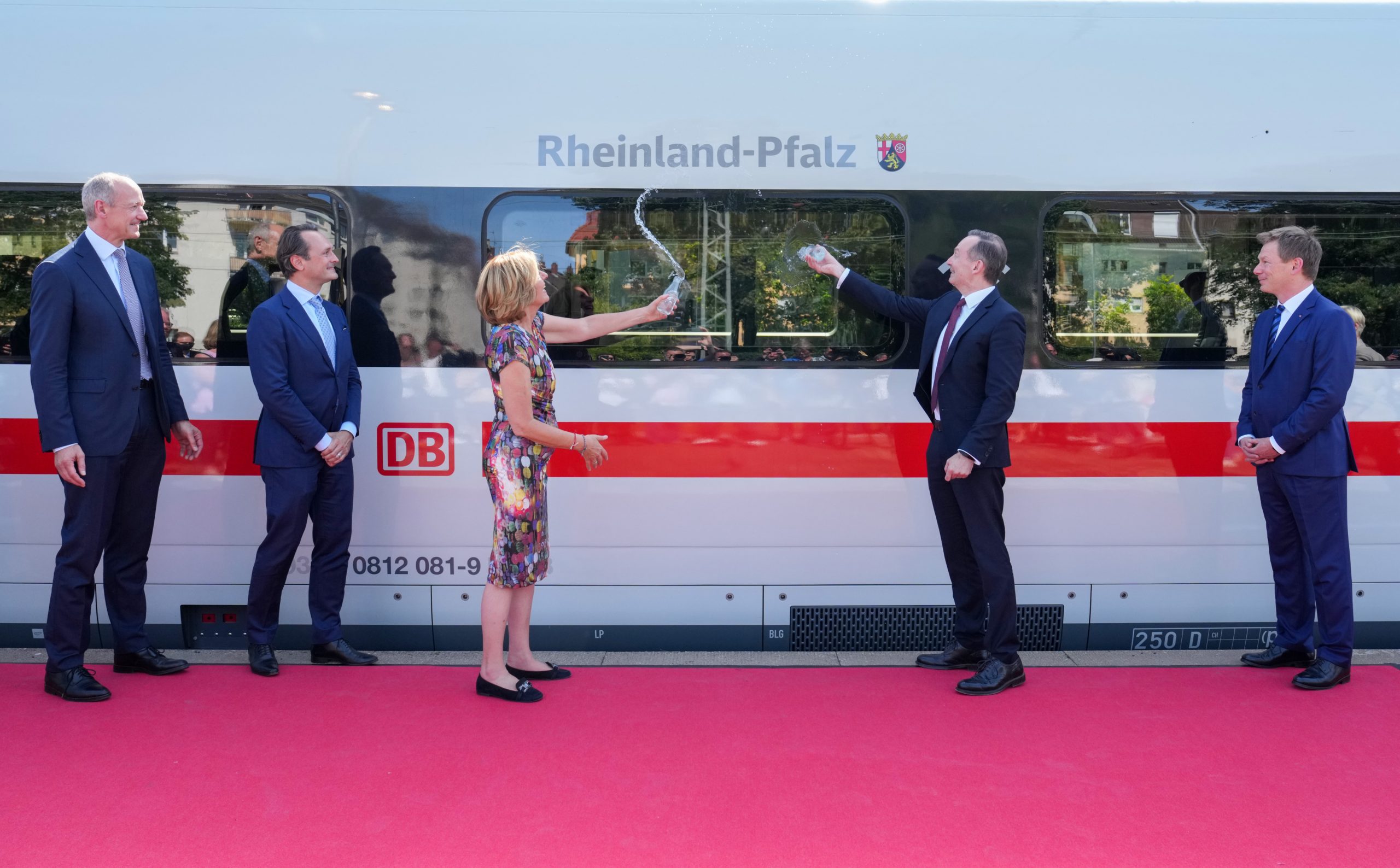 “The 100th ICE 4 train marks an important milestone in the largest fleet expansion programme in the history of DB. For new trains, more comfort and many additional seats, we will invest ten billion euros by 2029,” Richard Lutz said.

“It is the declared goal of this federal government to develop rail into the backbone of a climate-friendly transport system. To be more punctual and reliable, we are currently modernising the network to an unprecedented extent and massive investments are also being made in rolling stock. A new ICE 4 train is currently strengthening the fleet every three weeks. The fact that we can christen the 100th train is a really good sign for all passengers,” Volker Wissing said at the ceremony.

DB will receive a total of 137 ICE 4 trains in various configurations by the end of 2024. In addition to the 50 12-car trains that have already been delivered, 19 of the 37 ordered 7-car trains are already in use, including on the ICE line between Cologne and Berlin.

33 13-car XXL ICE trains of which DB has ordered 50, have also been added to the fleet since February 2021. The 13-car trains have almost 1,000 seats, more than ever before in an ICE and five times more than in a medium-haul airplane. To ensure that the 12 and 13-car ICE 4 trains are even more punctual, their top speed has been increased from 250 to 265 km/h. DB receives a new ICE 4 every three weeks. DB will be expanding its capacity by another 11,000 ICE 4 seats by the end of this year.

The trains run on routes that are particularly popular, such as from Hamburg via North Rhine-Westphalia and via the Cologne-Rhine/Main high-speed line to southern Germany. ICE 4s are also used on individual connections between Mainz and Hamburg or Munich. From December 2023, the 7-car ICE 4 will also run between North Rhine-Westphalia and Austria via Cologne, Koblenz and Mainz.

“We are pleased that the ICE 4 is the backbone of DB’s long-distance transport and thank our customer for their trust. Our trains help DB make rail transport more attractive and protect the environment. The fact that we have delivered 100 ICE 4s shows that we have the right portfolio for high-speed transport. Moreover, the ICE secures thousands of jobs in Germany,” Roland Busch said.