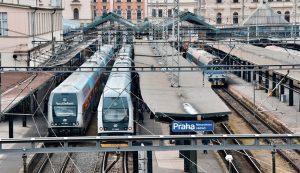 The Czech railway infrastructure manager Správa železnic (SZ) has presented the status of the preparation of Czechia high-speed rail plans.

Currently, the country is in the pre-investment phase of the entire programme, with construction work on the first pilot sections expected to begin in 2025.

SZ will submit the documentation for the territorial management of individual sections of the high-speed lines (VRT) and is expected to gain the approval of completed feasibility studies awarded by the Central Commission of the Ministry of Transport, Jiří Svoboda, the Director General of the Railway Administration said. He explained that the first active design according to French know-how is taking place at the same time with the first environmental impact assessment. Public consultation on the high-speed rail routes with municipalities and citizens will be organised when the epidemic situation will allow. 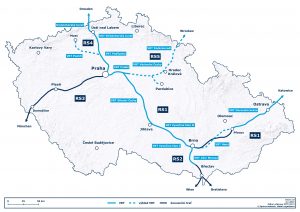 The territorial proceedings for each of the selected lines and the issuance of the territorial decisions are expected to be completed by 2023. The next period will be marked by a construction procedure, within which the documentation for building a permit will be created and at the same time a property settlement with the owners of the affected real estate will take place. At the end of the whole process, building permits will be issued for the first pilot sections of the high-speed line programme. The construction is expected to begin in 2025.

In 2017, a governmental resolution for Czechia high-speed rail plans was issued and several years earlier the rail infrastructure manager started the preparation to implement the strategy, based on the strategic document called the Territorial Development Policy, which also included high-speed transport corridors.Relevant territorial and technical studies were also carried out during that period.

Prague – Brno – Ostrava and Brno – Břeclav with construction scheduled to start in 2025;

Prague – Hradec Králové / Pardubice – Wrocław for which the feasibility study will be prepared in 2021-2022.

SZ has launched a dedicated updated website to prepare for the construction of the high-speed rail network in the country, which also contains the Prague East Terminal architectural designs.