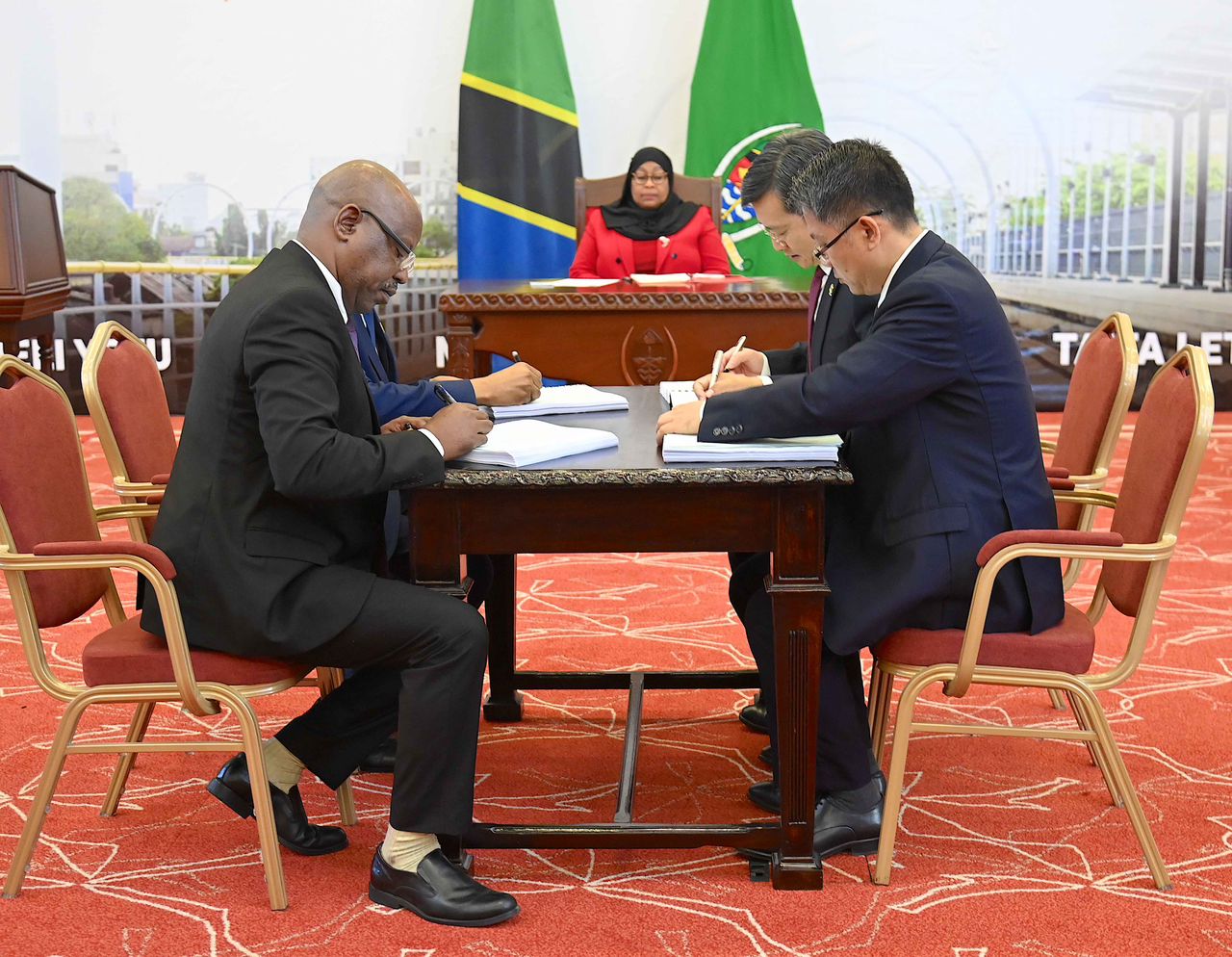 The contract was signed in the presence of the Tranzania’s President Samia Suluhu at the end of December in Dar es Salaam.

The project covers the construction of 506 km of railway line, 411 km of which is designed as the mainline and 95 km of branch lines. Under the project, 10 passenger stations and two freight stations in Uvinza and Katosho will be built. The works are expected to be completed within 48 months (4 years).

“Signing this contract will ensure the creation of the standard-gauge rail system in our country which will have a total length of 2,201 km when completed,”

The Director General of Tanzania Railways Ndugu Masanja Kungu Kadogosa has explained that the signing of the contract for the construction of the Tabora – Kigoma railway is going to complete the construction of the medium SGR railway where Tanzania has made history as the first country in Africa to have a long SGR railway with a total of 2,201 kilometers when completed,” director general of Tanzania Railway Corporation Masanja Kadogosa said.

According to the plans, the Tabora – Kigoma standard-gauge railway in western Tanzania will be connected to the Democratic Republic of Congo (DRC), Rwanda and Uganda, creating a 2,561 km rail corridor between the countries providing access to water transport through the Port of Dar es Salaam to the port city of Mwanza, Lake Victoria. In 2020, the Tanzanian government announced the plans to build the SGR connection to Rwanda and Congo through the 249 km Isaka – Mwanza railway line.

“The constructruction of the Tabora – Kigoma rail line will connect Tanzania with the neighboring country of Congo through the transport of goods and business using the port of Dar rs Salaam through Uvinza – Msongati to Kindu rail and towards Congo,” the president said at the signing ceremony, highlighting that there is a massive freight volume that needs to be transported through the Port of Dar es Salaam. “Congo has mineral mines with loads of more than 150 million tonnes and other cargoes to enable these mines to work, so this is an opportunity” Samia Suluhu added.

Tanzania is currently constructing the first phase of the standard-gauge railway system from Dar es Salaam to Mwanza which brings benefits to the society by creating more than 20,000 jobs. The entire new network will is being implemented in five phases with the first 300 km between Dar es Salaam and Morogoro expected to be completed soon by the consortium of Yapi Merkezi – Mota Engil joint venture. The second phase of the global project covers the construction of the 442 km Morogoro – Makutupora  railway line launched in 2018. The works are performed by Yapi Merkezi. The next phases include Makutupora –Tabora, Tabora – Isaka and Isaka – Mwanza standard gauge railway lines.

In July 2022, TRC and Yapı Merkezi singed a USD 2 billion contract for the construction of 165 km of line on the Tabora – Isaka standard gauge railway expected to be completed in 42 months.

More than 80% of the standard-gauge rail system will be constructed parallel to the meter-gauge network and the remaining 20% of the system will diverge from the existing metre-gauge lines to avoid obstacles and the curves due to the higher speed of the trains.

To renew and modernise rail transport sector, Tanzania Railway Corporation has continues to purchase systems, equipment and rolling stock. In 2021, the company awarded Hyundai Rotem a USD 280 million contract for the supply of 80 electric multiple units and 17 electric locomotives. The vehicles are expected to be delivered in 2024. In addition, Hyundai Rotem awarded Škoda Group a EUR 22.84 million contract to supply locomotive equipment for 17 vehicles expected to operate the 550 km Dar es Salaam – Makutupora railway line. TRC has also acquired 89 passenger carriages, 19 electric locomotives, 10 electric multiple units and 1,430 freight wagons which are manufactured by CRRC, as well as 24 track maintenance machines.