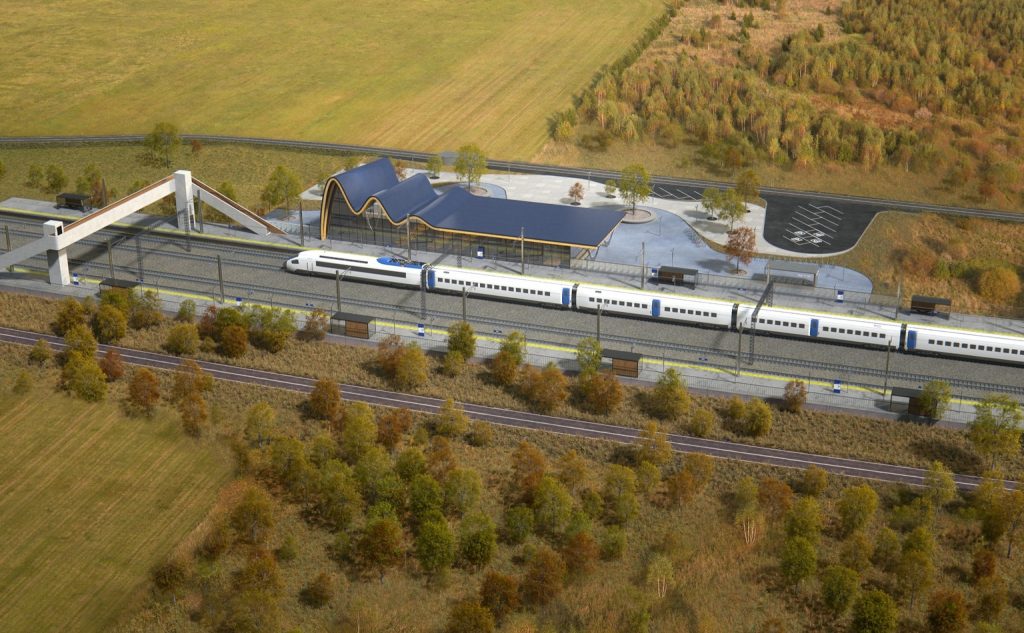 Ardanuy Ingeneria was awarded the design contract for Rail Baltica Estonia stations to be constructed in Harju and Pärnu counties. EUR 368,000 (without VAT) is the value of the contract under which the Spanish company Ardanuy Ingeneria will oversee the design for seven regional stations along the rail corridor in Estonia which include Assaku, Luige, Saku and Kurtna stops in Harju County and Kaisma, Tootsi and Urge stops in Pärnu County.

According to the contract, the design works are planned for the period of five months with additional three months planned for applying for the building permits.

“For the crossings between the station buildings and waiting platforms, the completed standard solutions, which are part of the existing design of Raplamaa regional station, will be used and adopted to local conditions,” Rauno Lee, senior project manager at Rail Baltic Estonia, said.

Since the beginning of 2022, design for the regional stations at Raplamaa has been underway. Preliminary designs of the standard projects for the transition between station buildings and waiting platforms have been completed whereas preliminary designs for outdoor areas, parking lots and access roads, are in progress, performed by Novarc Group.

According to Rail Baltica Operational Plan, regional trains will run from Tallinn to Riga and will have 13 stops in Estonia. In addition to local stops, International Passenger Terminal is planned in Pärnu city.

The works on Rail Baltica Estonia stations is in progress along the whole high-speed railway mainline on the country’s territory with the only exceptions being in Surju and Häädemeeste. “At the same time, detailed plans have already been initiated for nine regional stations on the Tallinn-Pärnu section, whereas detailed plan for the Assaku regional station planned by Rae parish is still to be initiated,” Rauno Lee explains.