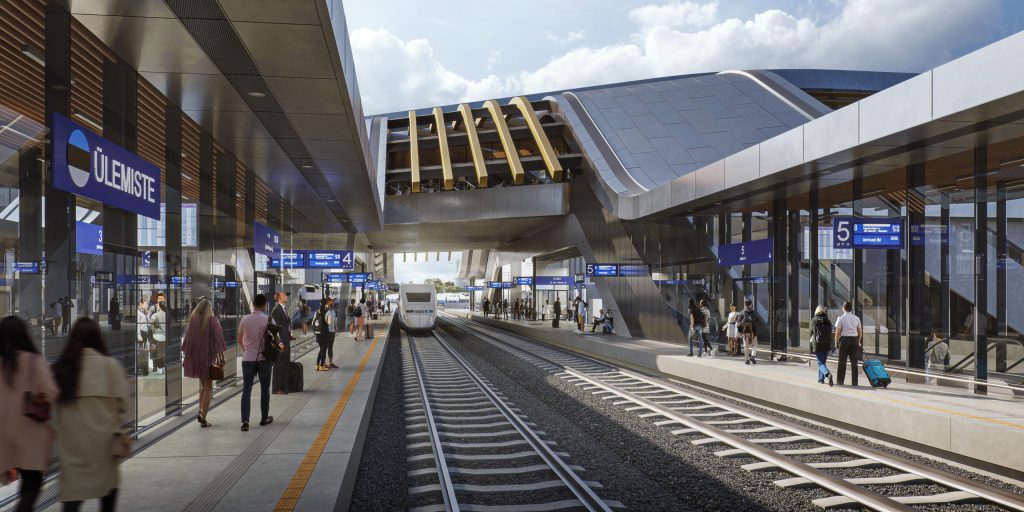 Rail Baltic Estonia has announced the construction tender for the second section of the Rail Baltica mainline in Estonia. Bids for the tender are expected until March 16, 2023 and the expected cost of the contract is EUR 24 million.

The company says that the works are expected to start in the second half of the year in Harju County situated in the northern part of the country.

“If everything goes according to plan, we will be able to start the construction of Rail Baltica’s main line in Harju County already in the fall of this year, where the construction company will also have to work on the section starting from the Ülemiste terminal. We are also planning to announce at least a few more construction tenders for the mainline sections this year,” Anvar Salomets, Chairman of the Board at Rail Baltic Estonia said.

The width of the embankment of the main route to be built is 14 to 20 meters in this section, and if the procurement is successful, construction work is planned to start in the fall of 2023.

In September, Rail Baltic Estonia has re-announced the first stage of procurement for the railway infrastructure construction at the Ülemiste terminal and the surrounding area. The project covers the demolishing of the existing tracks and the replacement of more than 8 km of new 1520mm gauge railways.

Rail Baltica mainline in Estonia will be 213 km long.