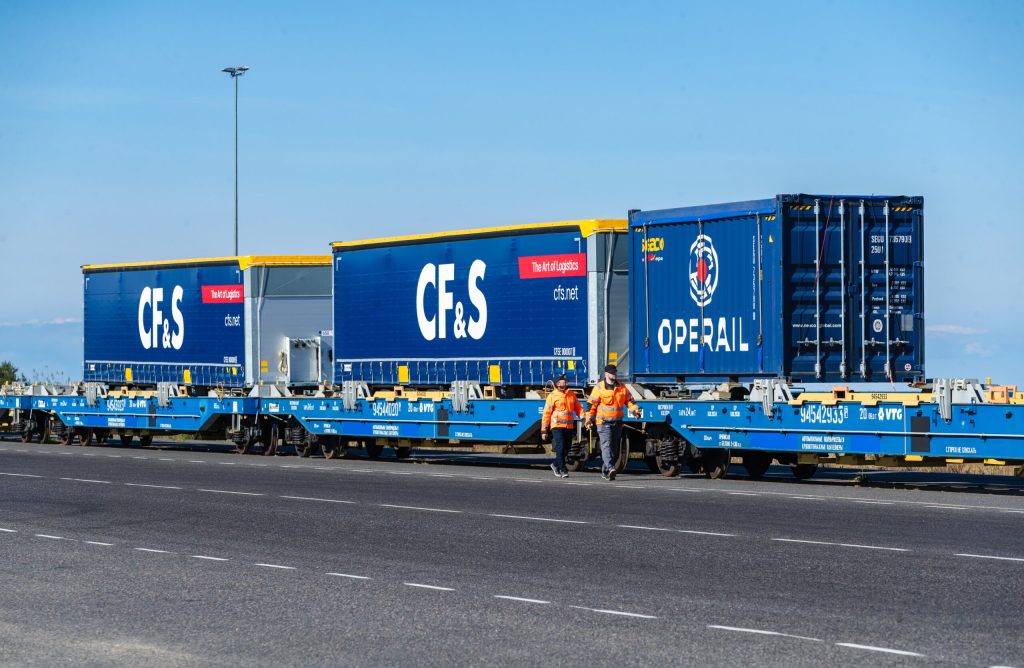 The first Amber Train started its journey from Muuga station, Estonia, creating a rail corridor for freight transport services between Northern and Western Europe through the Baltic States.

“We are taking a test ride and we’ll see how the loading of goods, border operations and the exchanging of documents and data function. This time, we are moving from roads to rails some timber material, peat and construction foam, which we are transporting for our clients to Lithuania,” Raul Toomsalu, Chairman of the Management Board at Operail, said.

According to the plan, the test train service arrived at Kaunas terminal through Estonia, Latvia and Lithuania and carried semi-trailers loaded onto flat wagons with European rail gauge. The journey follows the route towards Western Europe. The Amber Train wagons, however are loaded with new goods, which the train takes back to Muuga port, where the trailers are loaded onto a ship that takes them to Finland.

Estonian Minister of Economic Affairs and Infrastructure Riina Sikkut said that the Amber Train project is particularly relevant for the country at a time where trade flows and transport corridors in the world are being reshaped. “The Amber Train creates a connection between Northern and Western Europe. It provides an additional opportunity to develop freight transport that does not depend on Russia,” Sikkut mentioned.

Scheduled rides on the Muuga-Kaunas-Muuga route will be offered twice a week. When exactly the scheduled rides begin, depends on the results of the test ride and the demand.

DB Schenker was the first client of the testing train service which loaded two bulky shipments onto the first train departing from Muuga, one headed towards France and the other towards the Netherlands. “Our ambition is to create a regular and busy transport corridor to Central Europe and back to Estonia. A train is a considerably more environmentally friendly means of transport, and furthermore, the new solution will help to alleviate the problems created by the chronic lack of truck drivers in the sector,” Janek Saareoks, CEO of Schenker Baltics said.

Potential clients of the Amber Train include companies that wish to export their goods from Nordic countries or Estonia to Western Europe and vice versa. Until now, goods transported by sea from Finland to Estonia, as well as goods transported from Estonia, have moved through the Baltic States mostly on trucks, but the new service will move the road transport towards railways.