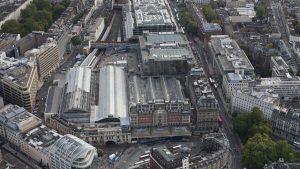 Under the contract, Alstom will be responsible for the delivery of vital signalling upgrades in the London Victoria area over three years with this phase going live in December 2024. New technology will deliver a more reliable, lower cost and easier to maintain system, bringing greater efficiencies and improvements to help keep passengers and freight services moving.

The works will particularly benefit passengers and freight services travelling between Battersea, Brixton, Herne Hill and the Catford loop by improving service reliability on the network.

“The award of this GRIP 5-8 contract for Victoria Phase 5, the next major phase of the wider Victoria Area Re-signalling Programme, marks both end and beginning chapters of an enormous effort by the joint Network Rail and Alstom teams,” Jamie Foster, Senior Programme Manager at Network Rail said.

The announcement for the delivery stages (GRIP 5-8) of Victoria Phase 5 follows the success of the GBP 37 million (EUR 43.74 million) Phase 4 awarded in March 2021 which is already setting a high standard with most of the civils work already commenced.

In October, Alstom also won a EUR 5.46 million signalling design contract in South London as part of the Phase 4 of Victoria signalling project.

In addition, in March 2022, Network Rail and Alstom signed a EUR 59.2 million contract for the delivery and installation of new signalling level crossings and other assets on a rail section along the London Waterloo – Portsmouth rail route.