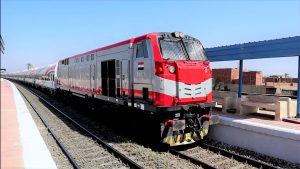 The African Development Bank has approved a loan of EUR 145 million to finance reliability and performance upgrades of Egyptian rail system under the Egypt National Railways Modernisation Project (ENRMP).

The funding will be used to enhance operational safety and to increase network capacity on national rail lines.

In October 2020, Government of Egypt sent AfDB a formal request to support the ongoing efforts for upgrade and modernisation of the railway infrastructure in the country. The bank said that will support the programme through an investment finance of EUR 141 million. The proposed components for the AfDB financing include the deployment of ETCS Level 1 for both track side and on-board, project management and engineering supervision and independent financial audit.

“Safe, accessible, convenient and green transport systems will be crucial to achieving sustainable development. The improvement and expansion of Egypt’s rail system through the ENRMP allows for active mobility and enables the urban and rural development through an inter-modal linked system. Technology and innovation, and a robust commitment to public transport will all be vital components of building back better,” Rania A. Al-Mashat, Egypt’s Minister of International Cooperation said.

The Government has committed significant investment to upgrade the Egyptian rail system through rail renewals, modernisation of signaling and the purchase of new rolling stock. Under the ENRMP a state-of-the-art, cost effective train protection system will be installed on 950 km of train line along the busy routes connecting Alexandria in the north to Negh Hammadi in the south, and Port Said in the east.

“The newly approved project will enhance the multimodal transportation environment in Egypt, and the efficient movement of people, services and goods,” said Malinne Blomberg, the Bank’s Deputy Director General for the North Africa region. “

In March 2021, the World Bank has approved USD 440 million loan for rail safety and service quality improvement. USD 681.1 million is the total value of the project of which USD 241.1 million will be covered by the Egyptian National Railways (ENR).