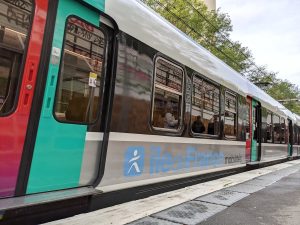 The boards of directors of Paris public transport company RATP and SNCF Voyageurs together with Île-de-Mobilités announced the Bombardier-CAF consortium the winner of the tender for RER B train fleet delivery.

The contract has a value of EUR 2.56 billion and is initiated and financed by Île-de-France-Mobilités that will ‘do everything possible’ to allow the contract to be signed as soon as possible, following the selection of the manufacturer.

The consortium will deliver 146 so-called MI20 trains to operate on the suburban railway line.

On December 17, 2020, at Alstom’s request, the Administrative Court of Appeal of Paris has partially suspended the RER B train fleet procurement procedure by requesting a partial resumption. Following all procedures’ implementation, the candidates had until January 4, 2021 to submit their additional offers pursuant to the Tribunal’s decision. On January 13, the Administrative Court of Paris rejected the appeal filed by Alstom validating the conformity of the procedure followed, paving the way for RATP and SNCF Voyageurs, to award the contract.

In 2018, RATP and SNCF launched the train tender covering the acquisition of up to 180 new trains for the RER B line which is carrying more than 900,000 passengers per day. An initial order involved 146 new generation of MING trains (Matériel Interconnecté de Nouvelle Génération) bringing an additional capacity of 20-30% and better communication and connectivity. The new trains are expected to be delivered from 2025.

The authorities are in progress to modernise the existing rolling stock operating the line to provide passengers improved reliability and punctuality. The first refurbished MI84 train has entered back in operation in December. The refurbishment programme is financed by Île-de-France Mobilités, with over EUR 100 million investment of which 50% is a direct investment and 50% subsidy under its contract with RATP. The project covers the oldest 33 trains still in circulation on RER line B. RATP appointed Alstom to complete the programme, with the work being carried out on the Reichshoffen site. More comfortable environment, cooled air ventilation system, increased safety with the addition of safety cameras, new LED lighting, new seats, and new flooring are among the new features of the refurbished train fleet. The programme is scheduled to be completed in 2022.