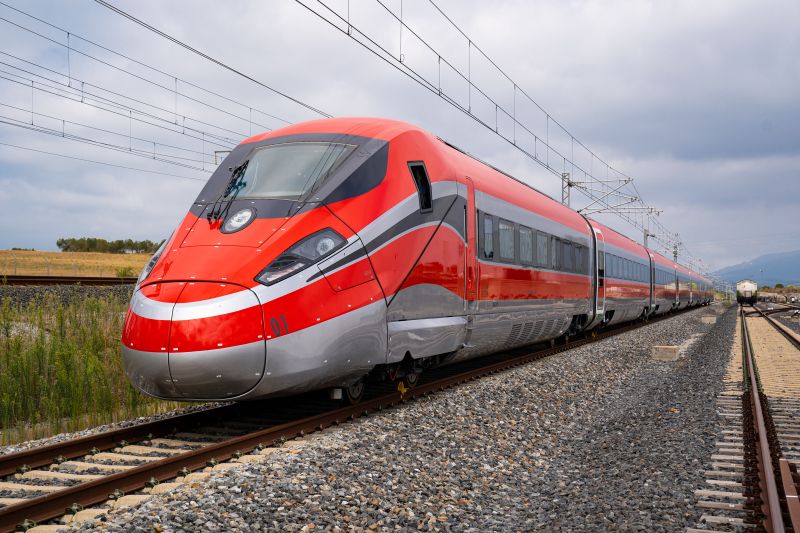 Alstom and Hitachi Rail have successfully closed the formerly V300 Zefiro very high-speed train business that is now called the ETR 1000 train operating in France, Italy and Spain.  This transaction is part of Alstom’s commitments to the European Commission in relation to Alstom’s acquisition of Bombardier Transportation. Under the procurement process, Alstom announced at the end of 2021 that it has agreed to transfer the activities of this business segment to Hitachi Rail.

Alstom says it will continue to honour its obligations under the existing orders for rolling stock from Trenitalia and Ilsa to ensure a seamless transition.

The ETR 1000 trains are the fastest, most sustainable and quietest in Europe, and are known as the Frecciarossa 1000, operated in Italy and France by Trenitalia and, within 2022, in Spain by Ilsa, which partnered with Trenitalia. The acquisition will mean that Hitachi Rail is now responsible for a portion of the IP and the whole maintenance contracts for the high-speed trains.

The successful close of the acquisition will allow Hitachi Rail to fully support its customers as the iconic very high-speed train increases its reach across European high-speed rail networks. The acquisition will also reinforce the strength of the Hitachi Rail’s Service and Maintenance activities. The V300 Zefiro transaction complies with all applicable social processes and consultations with employee representative bodies and was subject to regulatory approvals.

“This is an important milestone for Hitachi Rail as we build on our global leadership in very high-speed train technology. With the successful introduction of the ETR 1000 in France and, within 2022, in Spain we are entering an exciting new phase for this market which can have a significant impact on the economic, decarbonisation and mobility strategies across the continent,” Luca D’Aquila, Chief Operating Officer, Hitachi Rail said.

Italy made a long-term commitment to forge high-speed rail infrastructure across the country, investing EUR 32 billion over 10 years. The ETR 1000 has helped Italy to significantly decarbonise its transport sector by driving a modal shift away from planes and cars and towards lower emission rail. The ETR 1000 design and manufacturing leads the way in environmental sustainability for high speed rail, by using 95% renewable materials.

Since their introduction in Italy in 2015, these high-speed trains Frecciarossa 1000 are used by Trenitalia on its core high-speed service connecting cities including Salerno, Naples, Rome, Florence, Bologna, Venice, Milan and Turin. Each ETR 1000 train is around 200 metres long with capacity for around 460 passengers and capable of commercial speeds of up to 360 km/h.
Between 2009 and 2019, 350 million people have travelled on Trenitalia’s high-speed services.