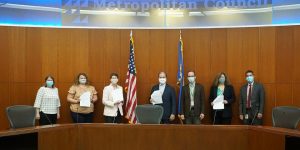 The US Federal Transit Administration (FTA) provided a USD 928.8 million grant for Minneapolis Southwest light rail transit project, comprises the expansion of the Green Line. USD 2 billion is the total value of the project.

“FTA is proud to join our partners in Minnesota to improve public transportation and support economic recovery in the Twin Cities. Commuters in this busy corridor can now look forward to faster and more efficient transit service connecting them to major employers downtown and in the suburbs as well as other key transit lines,” FTA Deputy Administrator Jane Williams said.

The project involves the construction of a 23-km light rail extension from downtown Minneapolis to the city’s southwestern suburbs where the population, employment and traffic congestion are growing rapidly. Under the project, 44 bridges, two cut-and-cover tunnels and 16 stations will be constructed.

The Southwest LRT project includes the construction of the line from the existing Target Field LRT station in the city centre to Eden Prairie in Hennepin County. It will serve the suburban municipalities of Minnetonka, Hopkins and St. Louis Park.

A USD 800 million contract was signed in 2018 with Lunda Construction and C.S. McCrossan joint venture for the construction of the Minneapolis Southwest light rail extension. The works were launched in December 2018 which are expected to be completed within 42 months.

The new light rail extension is scheduled to enter passenger operation in 2023.