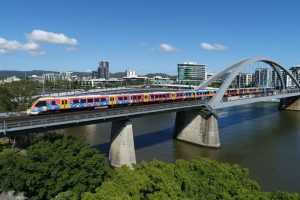 The Queensland Government has established the Rollingstock Expansion Programme with an estimated investment of AUD 7.1 billion (USD 5.3 billion) to meet increasing demand for South-East rail network over the next 10 years.

Under the programme, 65 new six-car passenger trains will be manufactured at the new purpose-built manufacturing facility in the Maryborough region at the Torbanlea plant, which is within 25 km of the Maryborough CBD. The state-owned factory which is currently being constructed under a AUD 239 million (USD 179 million) investment will be responsible for major manufacturing and assembly works for the new train fleet.

Subsequent stages of the project will include the construction of two new maintenance depots and additional stabling yards in the Gold Coast region.

The new programme also includes an additional stabling and train wash infrastructure and maintenance and presentation services for the new train facilities. The implementation of this new programme will “support up to 800 construction and manufacturing jobs in Maryborough,” Transport and Main Roads Minister Mark Bailey said.

The delivery of the rail expansion program programme “will create up to 3000 jobs in construction and manufacturing across Queensland in the lead up to the 2032 Olympics,” Queensland Premier Annastacia Palaszczuk said.

Currently, the government is in the process of procuring the new trains and infrastructure and investigating suitable sites for the new facilities. For the train fleet supply and the construction of the facilities Alstom, CAF and Downer Rail are the three shortlisted companies announced in June 2021. The firm order covers the delivery of 20 trains for which the government has committed a AUD 600 million (USD 449.6 million) investment.

The Request for Proposal will begin late 2021 and a preferred supplier to build the new trains is expected to be unveiled in the second half of 2022, with construction of the Torbanlea train building facility to follow.

The Rollingstock Expansion Programme will support south-east Queensland’s population and economic growth, as well as Cross River Rail and the Brisbane 2032 Olympic and Paralympic Games.