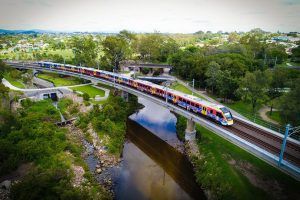 The Government of Australia has announced a AUD 1.6 billion (USD 1.2 billion) financial commitment for the construction of Brisbane – Sunshine Coast rail line. Federal Government funding for this project is to be provided on a 50:50 basis with the Queensland Government.

The project covers the construction of the Beerwah – Maroochydore extension along the CAMCOS rail corridor.

“The Beerwah to Maroochydore passenger line has been championed for over six years by local Federal Member for Fairfax Ted O’Brien and Federal Member for Fisher Andrew Wallace. The Federal Government will continue to work closely with the Queensland Government on investment planning to deliver this important transport link,” Federal Minister for Communications, Urban Infrastructure, Cities and the Arts Paul Fletcher said.

The project has been identified as a priority in the Queensland Government’s proposed 2022 Southern Sunshine Coast Public Transport Strategy.

According to the government, the Brisbane – Sunshine Coast rail line is one of the best analised options (the draft Options Analysis report has identified five mass transit options), which is considered to be suitable for travelling longer distances with limited stops, while the local mass transit system along the coastal corridor would enable travel along shorter distances with more stops that are close to employment nodes, facilities and services.

The 180 km Brisbane – Sunshine Coast rail line will be served by stations at Caloundra, Kawana and Maroochydore and will improve the connectivity to Brisbane, open employment opportunities and labour mobility for a generation of skilled workers and local employers. The corridor will provide connection to the Caboolture Line at Caboolture, approximately 50 km north of Brisbane, and runs for a further 123 km to Gympie North, whereupon it becomes the North Coast Line (NCL).

The government has already provided the funding for the construction of a 20 km double track along the North Coast rail line a project that also includes park and ride facility extension at Beerburrum, Landsborough and Nambour stations, and works at the existing level crossings.