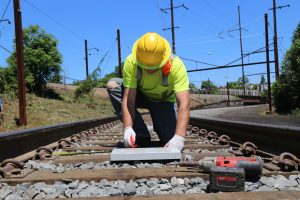 The American Public Transportation Association (APTA) has announced that the commuter rail industry will complete the Positive Train Control implementation by the year-end deadline, following the progress achieved in the second quarter of 2020.

As of June 30, 97% of railways are PTC certified by the Federal Railroad Administration (FRA), and are operating with PTC, or are in revenue service demonstration (RSD), an important step Positive Train Control implementation as it allows each company to collect and validate data on the performance of their PTC systems.

Three percent of the railway companies are preparing for field testing. In addition, 96% out of 23 rail operators have submitted their safety plans to FRA for approval, a required step before certification.

100% of all 2018 milestones had been completed by 28 commuter operators. 100% of spectrum was acquired, all wayside and onboard equipment has been installed and all of back-office control systems were set up.

According to the US policy by December 2018 the PTC had to be installed, while in December 2020 it should be implemented, tested and commissioned.

For the commuter rail operators, the PTC implementation needed a USD 4.1 billion investment and annual costs of USD 80-130 million for maintenance and operation activities.

Since Congress mandated PTC in 2008, the federal government awarded USD 472 million in PTC grants, of which 84 percent (USD 397 million) has been awarded only since May 2017.

In 2018, the FRA made another USD 260 million available funding for PTC which has not been awarded yet. At a time when the national state-of-good-repair backlog stands at an estimated USD 90 billion, the commuter rail operators had to divert funds from other critical infrastructure and safety priorities.

“The commuter rail industry is strongly focused and committed to completing full implementation of positive train control by December 2020. Riding commuter rail is 18 times safer than driving an auto, and as an industry, we are committed to continuing to be a leader in rider safety by implementing PTC,” APTA President Paul Skoutelas, said.

Public transit is the safest form of surface transport. In the US, the commuter railway operators have a daiyl ridership of 1.7 million trips. Between 2000 and 2017, commuter rail safely operated 8.2 billion trips and 194 billion passenger miles.