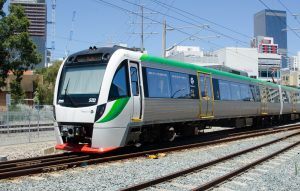 Each alliance will be asked to detail the way they will deliver the project, with the contract expected to be awarded later this year.

The Morley-Ellenbrook line project includes the design, construction and commissioning of a 21-km electric railway line with supporting systems and five new stations.

The design-construct contract is the biggest of four works packages that will deliver the Morley-Ellenbrook line. The new Bayswater station project, Tonkin Gap enabling works project and forward works contracts make up the other three packages.

Spurring from the Midland line at Bayswater station, the 21 km Morley-Ellenbrook line will run up the middle of Tonkin Highway, through land north of Marshall Road, along Drumpellier Drive and finish in the Ellenbrook town centre.

Under the project, new stations will be built at Morley, Noranda, Malaga, Whiteman Park and Ellenbrook, with the option to build a future station at Bennett Springs East as population grows in the area.

“This is another major step forward for the Morley-Ellenbrook Line project, which is the final missing piece for transport infrastructure in the north-eastern suburbs of Perth. Residents in our growing north-east suburbs like Ellenbrook, Dayton, Ballajura and Brabham will soon be able to enjoy a faster commute to the Perth CBD thanks to this major infrastructure project,” Transport Minister Rita Saffioti said.

Early works are underway as part of the major redevelopment of Bayswater station which will form a junction for the Morley-Ellenbrook line, Forrestfield-Airport link and Midland line.

For passengers travelling directly from Ellenbrook to the Perth centre the trip on the Morley-Ellenbrook line will take 30 minutes, half of the current travel time for the local residents using public transport.