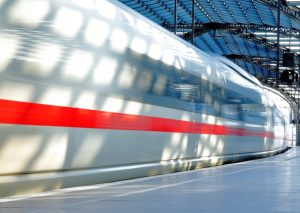 The goal of this partnership with OSCP is to develop sensing and navigation capabilities that can be deployed in semi-autonomous and autonomous vehicles in urban and mainline rail environments.

Under the partnership, the companies will develop an Inertial Measurement Unit (IMU) prototype which will be tested onboard the Thales Train Autonomy Platform. When combined with 5G capabilities, the embedded IMU will allow Thales to track the location of the autonomous train platform even when operating in complex zones where global navigation satellite systems cannot provide adequate performance for navigation.

Over the next nine months, the Inertial Measurement Unit system will be tested in a field environment.

The project will conclude with a demonstration at the York-Durham Heritage Railway test site, in Uxbridge, Ontario, to confirm the capacity of the system to provide an accurate position when integrated on a rail vehicle.

“The partnership with Thales and OSCP will allow autonomous rail technologies to be further enhanced, enabling smarter, safer, greener and more advanced systems to be developed here in Canada,” Walter Kinio, Vice President Research and Innovation, at Thales said.

Supported by the ENCQOR 5G programme, the partnership between the two companies aims to test a high-performance optical inertial sensor system on an autonomous train platform. Thales is one of the five global technology leaders of ENCQOR, providing access for small to medium enterprises to showcase their innovations and 5G technologies alongside industry leaders.

ENCQOR 5G is a transformational Canada-Québec-Ontario partnership focused on research and innovation in the field of 5G disruptive technologies, on adoption initiatives and system uses.

“The optical inertial measurement unit jointly developed by Thales and OSCP is expected to have a significant impact in the deployment of autonomous and semi-autonomous vehicles used in particular in public transport and the rail sector,” Pierre Boucher, the General Manager of ENCQOR, said.