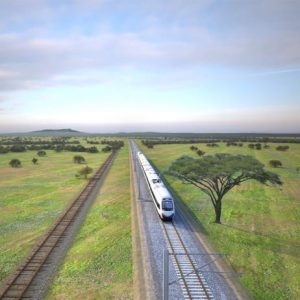 The Chief Spokesperson of Tanzanian Government, Hassan Abbasi, has recently announced that the Standard Gauge Railway project continues and soon will launch international tender procedure for the construction of Isaka – Mwanza line.

The new railway connection will have a length of 249 km and it would start from Isaka dry port to the neighbouring countries of Rwanda and Congo.

Currently, the feasibility studies for the standard line to Rwanda have already been undertaken and the two countries are seeking financing sources.

Contracts on the first two phases were signed and construction works are carried out.

The consortium of Yapi Merkezi (Turkey) and Mota Engil Africa (Portugal) was awarded in 2017 a EUR 1.78 billion contract for the construction of Dar es Salaam – Morogoro SGR with a length of 300 km. The project is more than 60% completed. In July 2019, tests were launched on a 205-km section.

The construction works for the second phase of the SGR were launched in March 2018. The project envisages a 442-railway line from Morogoro to Makutupora which is constructed by Yapi Merkezi.