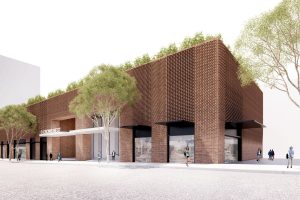 AW Edwards won a AUD 370 million (USD 264.3 million) contract for the construction of Sydney Metro Crows Nest station that will be the first stop for metro transport services leaving Chatswood and headed towards the Sydney CBD when metro network is extended from the North West in 2024.The construction works of the station will start in January 2021 and are expected to be completed in 2023.

The company will deliver the station, which will include two entrances, footpaths, lighting, retail space, improvements to pedestrian and cyclist safety around the site and enabling works for future over station developments. The new station will have lifts and escalators to the new underground platforms, new pedestrian lights, new pedestrian crossings. The station will provide   new bike parking on Hume Street, Pacific Highway, Clarke Street and Oxley Street and new kiss and ride and taxi bays in close proximity to the station.

The station will provide new metro rail access to the Crows Nest residential area, local schools and businesses and serve people within walking and cycling distance.

The station will support hundreds of new jobs, with more than 300 workers on site during peak phases of construction activity.

Sydney Metro Crows Nest station is part of City & Southwest project which from the north west, the metro network is being extended under Sydney Harbour, through new underground city stations and beyond to the south west.