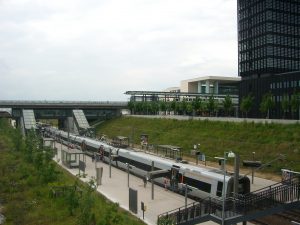 The Swedish government announced the new national infrastructure investment plan worth SEK 881 billion (EUR 82.6 billion) which will be spend from 2022 until 2027. This historic investment will be used to modernise and develop country’s infrastructure.

“The government is making the largest infrastructure investment ever. More people will be able to take the train to work, travel safely on the road and send goods by sea. We are restructuring the transport system and pushing for the green industrial revolution with investments throughout the country,” the Minister of Infrastructure Tomas Eneroth said.

The national infrastructure investment strategy includes comprehensive measures to maintain and develop country’s transport system and will provide increased accessibility, expanded labor market regions, regional development, increased cohesion across the country as well as improved competitiveness. The investments will also contribute to the achievement of climate goals as Sweden is strongly committed to become green by significantly reducing the emissions.

The transport minister says that the government is providing “massive investments in railways throughout the country” and the strategy will create a “climate-smarter transport system”.

Projects costing SEK 100 million (EUR 9.38 million) include the expansion of the East Coast Line, the delivery of four-track line between Uppsala and Stockholm county, and the expansion of Gävle – Kringlan rail section will benefit increased funding compared to the Swedish Transport Administration’s proposal.

Funds will be significantly increased for Sydostlänken (South East Link) and for double tracking works on Maria – Helsingborg Central and Laxå – Alingsås sections. The strategy also includes new rail projects such as the Coast-to-Coast line, the construction of the double track on the Växjö – Räppe rail section and measure to increase the capacity between Östersund and Storlien.

The new investment strategy also targets the construction of the sections between Gothenburg and Borås, Hässleholm and Lund, Södertälje and Linköping and will continue the planning of the remaining stages on the central system between Linköping, Borås and Hässleholm via Jönköping. The construction of the high-speed lines connecting Stockholm with Gothenburg and Malmo is also included in the new plan.

In the northern Sweden, the projects will also continue with the expansion of North Bothnia line, while funding is being provided for completely new projects on the Malmbanan line.

Until 2027, Trafikverket, the Swedish Transport Administration, will provide SEK 600 million (EUR 56.3 million) to fund sustainable transport solutions that will increase the intermodal transport.

To promote sustainable urban transport, Trafikverket will deliver SEK 6 billion (EUR 562.9 million) to support municipalities and regions to implement new measures in the cities that will increase public transport market share or make freight transport more sustainable. The agency should ensure that the funding will be distributed more evenly across the entire country.

The government says that the cost control must be tightened and Trafikverket must take strong and systematic measures to reduce the costs. This applies not least to the deployment of ERTMS.