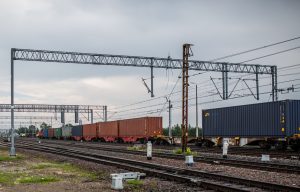 PKP Polskie Linie Kolejowe signed a contract for the development of a feasibility study for the construction of new bridge over the Bug River and track expansion at the Terespol station which will increase the Terespol-Brest rail capacity.

The contract was signed with BBF, a Poznan-based company, and concerns the development of two feasibility studies under the “Improving the accessibility of the Terespol – Brest cross border” project. Under the contract, BBF will prepare two separate feasibility studies which will include the expansion of the track system at Terespol, improving the accessibility at Terespol – Brest cross border and the construction of the new rail bridge, all these structures being equipped with 1435mm and 1520 mm gauge track system.

The financial and economic models as well as the financial plan necessary to apply for EU funding for the implementation of works will be developed. The expansion of the track system of the Terespol station is planned for 2022-2024. The construction of the new bridge requires arrangements with the Belarusian side.

It is planned to build additional 1,520 mm-gauge tracks at the Terespol station and the construction of a new bridge over the Bug River, which will benefit broad- and standard – gauge tracks which will be also part of the rail system at the cross border between Poland and Belarus.

The feasibility study prepares for the expansion of the track system in Terespol, which will enable a greater number of trains with a length of 1050 m and a load of 25 tonnes per axle. Safety considerations have been taken into account, including tracks to remove the damaged freight wagons. Inspection roads and sidewalks in the trackway will be built to facilitate customs and border operations. 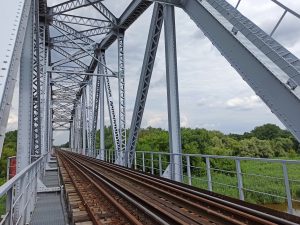 The construction of a new bridge over the Bug River will improve train service and it will increase the rail freight transport. The new bridge will facilitate the transshipment at the rail area with the two types of gauges. This will allow increasing the capacity of rail transport at the Polish – Belarusian border. The implementation of the investment will make possible to separate the passenger and freight rail traffic. Smooth and safe journeys are provided for by a modern railway traffic control system.

“The investments of PKP Polskie Linie Kolejowe are conducive to the development of transport, including on the important East – West route. These feasibility studies prepare the possibility of work in the area of the Terespol / Brest border crossing. The planned solutions will increase the role of ecological rail transport, and this translates into the development of the economy,” Ireneusz Merchel, the President of the Management Board of PKP PLK said.
The Terespol-Brest rail line is essential and provides greater opportunities for the trade between Europe and Asia.

The Terespol station is modernised as part of the works on the E20 Siedlce – Terespol railway line implemented by PKP PLK. The passengers will use new platforms fitted with facilities for people with reduced mobility and the underground passage has been reconstructed. The local control center, equipped with computer devices, increases the safety of train traffic. The project is co-financed under the Connecting Europe Facility. The project value exceeds PLN 540 million (EUR 117.7 million), and the EU subsidy is PLN 360 million (EUR 78.5 million).